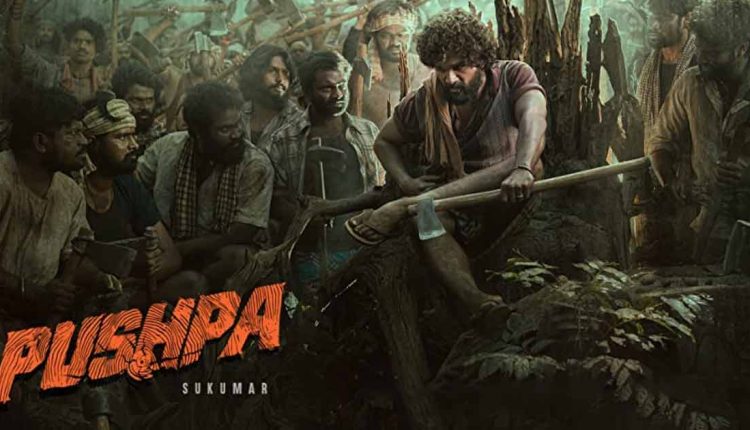 Pushpa: After The Wrap, Allu Arjun & Team To Break The Pumpkin! Deets Inside (Photo Credit: IMDb)

One of South India’s most happening actor, Allu Arjun, is busy shooting for his upcoming action-drama ‘Pushpa’. Being directed by blockbuster filmmaker Sukumar, expectations are already running high.

With the movie slated for a December 17 release, the ‘Pushpa’ shoot is progressing at full speed so that the post-production work can be wrapped up in time. The next big ritual is breaking the pumpkin, which is what South Indian filmmakers do after a shoot is completed. It is slated for November 5, by when Allu Arjun and his fellow actors would have completed dubbing as well.

Allu Arjun plays a crude, untamed character named Pushpa Raj, who is a sandalwood smuggler. Rashmika Mandanna is also all set to impress the audience in her unglamourous, rural avatar. Pushpa is one of this year’s most-anticipated movies.

KGF Chapter 2: Yash Has Been Happily Given A Monstrous Amount & Profit-Sharing By Makers?
Samantha Ruth Prabhu To Star In Shantaruban Gnanasekharan’s Next

The makers of ‘Pushpa’ have released two lyrical songs — ‘Dakko Dakko Meka’ and ‘Srivalli’. Both the songs have grabbed the attention of music lovers and become instant chartbusters.

Telugu actor Allu Arjun has a huge following in other southern states as well even as his upcoming movie ‘Pushpa – The Rise’ is set to launch him as a pan-India star.

With a well-established career path, Allu Arjun is one of the most successful heroes from Tollywood.

Starring Rashmika Mandanna as his heroine, Arjun is to play ‘Pushpa Raj’ – a nefarious sandalwood smuggler. But with all the hype around ‘Pushpa – The Rise’, Allu Arjun’s fans are a little worried about his upcoming venture.

It is reported that Allu Arjun is to act under the direction of Telugu filmmaker Boyapati Srinu for his next. The duo had earlier collaborated for the movie ‘Sarrainodu’, which was a mass hit.

But after ‘Sarrainodu’, Boyapati Srinu’s big-budget movie titled ‘Vinaya Vidheya Rama’ with Ram Charan was a big flop and was a setback for the actor as well as the makers.

This was a huge letdown for the makers, as Ram Charan had seen a blockbuster (‘Rangasthalam’) prior to ‘Vinaya Vidheya Rama’. So, Allu Arjun’s fans are worried if it is a good choice for Allu Arjun to act under Boyapati Srinu’s direction after ‘Pushpa’.

Must Read: Gorkha: Akshay Kumar Reacts To Retired Army Officer Pointing Out A Mistake In The Poster, “We’ll Take Utmost Care While Filming”

The post Pushpa: After The Wrap, Allu Arjun & Team To Break The Pumpkin! Deets Inside appeared first on Koimoi.