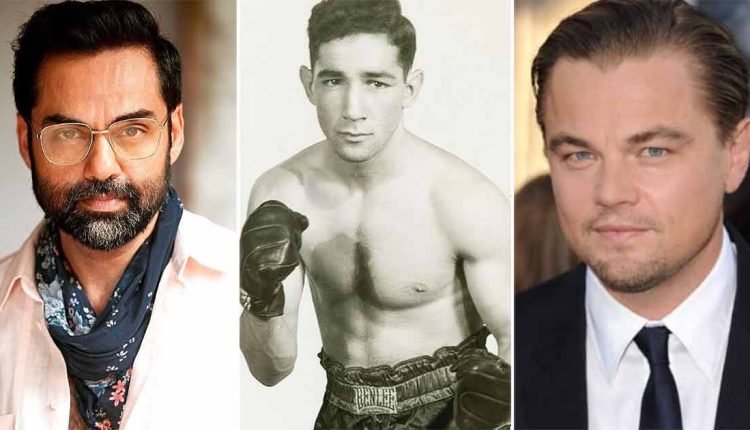 The project was developed by Blisspoint, a company created two years ago by Abhay Deol and Mumbai-based producer Ratan Ginwalla. The third partner in the film set in 1965, Golden Ratio Films, had previously produced the French English-language movie, ‘The Extraordinary Journey of the Fakir’ (2018), starring Dhanush, the Tamil star.

Pep, on whom Abhay Deol & Leonardo DiCaprio’s film is based on, according to Variety.com, had an extraordinarily long career spanning 26 years and nearly 2,000 rounds of boxing as a professional. The film charts one of Pep’s comebacks, as he finds himself riddled with debt while supporting a wife half his age and a drug addict son in a single-family home.

The Batman Trailer Out! Robert Pattinson Fights Riddler & Penguin In Possibly The Darkest Take On The Cape Crusader
Salma Hayek Opens Up On Viral Birthday Party Post & Angelina Jolie’s Introduction To ‘Mordida’: “All Of Those People Were Crashers”

‘Band of Brothers’ actor James Madio stars in the title role, alongside Keir Gilchrist, who will play the role of Pep’s son, Billy Jr., and Ron Livingston, who essays the character Bob Kaplan, Pep’s business manager. No female leads have yet been confirmed.

Abhay Deol and Leonardo DiCaprio will be the men backing the project.

Must Read: Ryan Reynolds Announces Sabbatical From Acting! Will It Affect Deadpool 3?