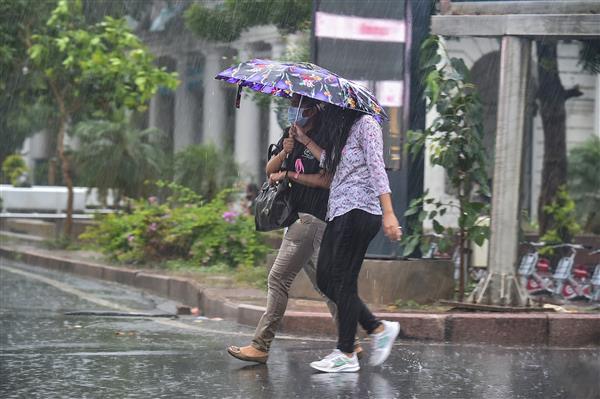 Heavy rains lashed the national capital on Sunday leading to waterlogging and traffic jams at several parts of the city causing inconvenience for commuters.

The weather office had forecast a generally cloudy sky with light to moderate rain and thundershowers. The maximum temperature on Sunday is likely to settle around 33 degrees Celsius.

Besides Delhi, moderate to heavy rains were predicted for almost all adjoining areas in Uttar Pradesh and Haryana and many of those falling under the National Capital Region.

The minimum temperature on Sunday settled at 23.5 degrees Celsius, four notches above normal. The city received 3 mm rainfall in the last 24 hours and the relative humidity was 90 per cent, the IMD said. —PTI

IFFI honours Hema Malini with Indian Film Personality of the…