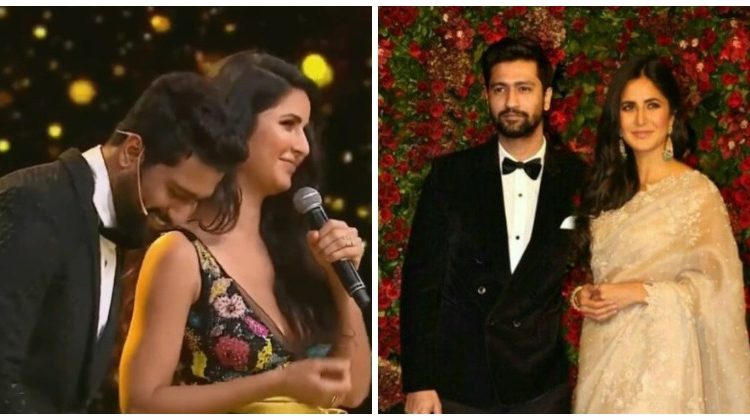 The thing about Bollywood and its actors and actresses is that, having worked in an industry where they put on a show to act in front of people every single day as a way of earning their bread and butter, over time, they get a little too good at it.

And we say this because that is the only way they sometimes manage to keep their personal lives private and away from the prying eyes of the media and their fans.

Just as what we assume actor Vicky Kaushal and actress Katrina Kaif to be doing as they continue to tiptoe around the rumours of them dating.

Having addressed the ‘Roka’ rumours of the two actors, Vicky Kaushal recently shared, “The news was circulated by your friends (laughs). I’ll get engaged soon enough, when the time is right. Uska bhi time aayega (the time will come).”

And while at the first glance, it seems like a polite way of turning down the question, the tactic wasn’t very unfamiliar after all.

As a matter of fact, quite a few Bollywood couples prior to this alleged couple have denied their romantic relationships with their partners including Genelia DSouza and Ritesh Deshmukh, Vidya Balan and Siddharth Roy Kapur and even Virat and Anushka.

All up until the point they finally tied the knot and announced it to the world.

Does this mean that Vicky’s cryptic response to his ‘wedding plans’ was a way of letting the Kat out of the bag? We think so!

And what’s more, to add is just how diligently the two have been supporting each other in their careers and often showing up at events together. Katrina Kaif also attended the screening of Vicky Kaushal’s latest release – Sardar Udham Singh.

What also caught fans’ eye was just how glad Vicky seemed when he finally hugged Katrina at the screening.

As of yet, with just one confirmed source that went on record to admit their relationship – Harshvardhan Kapoor, and cryptic comments by both the actors where they neither accept nor deny, wedding bells might just be around the corner! Or so we hope…