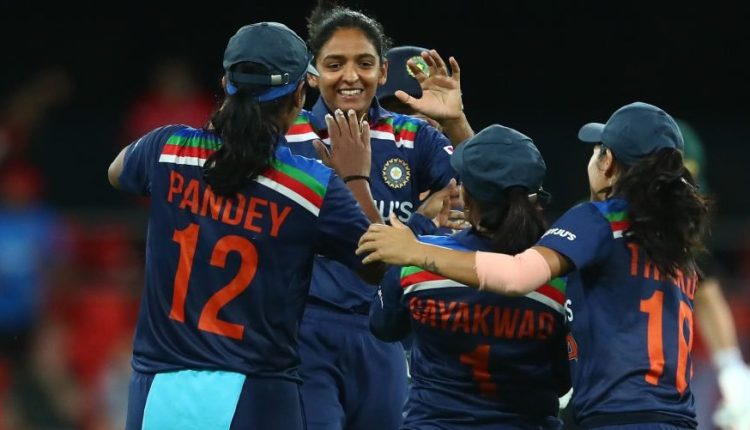 The hushed voices have now reached a crescendo, and whether the BCCI admits it or not, the time for the Women’s IPL is now, writes Sarah Waris.

It’s rare for a player contracted by a national board to express their desires on the steps that should be taken by that board to make cricket better. It’s even rarer for Indians. The money-churning BCCI is known for asking their players to promote the organization as an empathetic entity, always at the forefront in times of trouble. There was Veda Krishnamurthy extending her courtesy to the board just a few days after her mother and sister passed away due to Covid-19 in May this year. There was Smriti Mandhana defending the unequal pay structure for the men’s and women’s cricketers, and more recently, Deepak Chahar thanked the BCCI after his recent engagement after an IPL clash. You can keep wondering why but you won’t get an answer here.

In the midst of — there’s no better word for it — cringe messages, having cricketers actually express their desire for a Women’s IPL is much-needed and refreshing, to say the least. Expected to be satisfied with the bare minimum in the past, the women’s cricketers from the country have, slowly but surely, accepted that they deserve more than the basics. More than what is being given. And the women’s IPL is at the top of their wish list.

“If we had women’s IPL, the domestic players would get a lot of chances to prove themselves under pressure,” Harmanpreet Kaur has argued.

“Women’s IPL is what we need. We have seen it in the Indian men’s team. The youngsters who make their international debut are fearless. Why? Because they have played with all these big names in the IPL. We need something of that sort for women. Players who are unable to make it into the Indian team or players who have been dropped from the Indian team will have a platform to prove themselves if we have IPL,” Punam Raut explained to The Bridge.

It’s never been clearer that the tournament is a necessity. Here’s why:

A Women’s IPL is needed to: Help Indians better cope with pressure

After reducing mighty Australia, on a 25-match winning streak in ODIs, to 52-4, chasing 275 for a win in the second ODI of their recent series, India watched on in horror as the hosts chased down the target in a close game. It wasn’t their lack of ability that did them in, though. As the game grew tighter and the chances of winning tilted in their favour, they found themselves intimidated by the enormity of the situation. Misfields, unnecessary throws at the stumps resulting in overthrows, and fumbles meant that the initial pressure that had been piled on Australia was released, and the hosts sneaked to a win.

And that is just it: India have managed to reach the semis of the last three ICC events after clinical showings in the group stages, but their inability to handle pressure when the eyeballs of the world are on them has led to their downfall. Recently, in an interview with R Ashwin on his YouTube channel, Jemimah Rodrigues emphasized the need for a Women’s IPL for this very reason. Having played in various T20 League around the globe, Rodrigues was adamant in her stance: a youngster losing a crunch match in domestic cricket allows her to make adjustments when thrown into a similar situation in international cricket.

Tahila McGrath, playing her second T20I against India, scored a match-winning 42 in 33 balls in the second game in the final leg of that series, and took her team a last-over win. Her temperament was singled out by Harmanpreet Kaur, who credited her calmness to her participation in the WBBL, which gave her confidence when playing for Australia. In contrast, Renuka Singh, with hardly any experience under her belt, gave away 13 runs in the 19th over in the same game at a crucial juncture.

The case of “been there, done that” is rarely applicable for the India team, with their limited chances of playing international cricket as well.

The Women in Blue took the field after a year’s gap in March, and while they have toured Australia and England in the last few months, their next assignment will be the Women’s World Cup. In contrast, the Australia players will face off in competitive games in the WBBL, and though eight Indians have been called for the event, the rest of the squad face the risk of rustiness when they finally take the field in New Zealand for the World Cup.

With limited games ahead of a tournament that might be the most competitive ever, the Indians are left crippled when they are suddenly thrown in among the best around. Though they ran Australia close game-after-game Down Under, their inability to finish off matches is a flaw which no amount of net sessions can correct. Even if the number of internationals they play remains the same in the future, a two-month Women’s IPL in the calendar will only ensure that the next time they take the field, their only focus will be on the immediate challenge and not how to get over the fear of the stage.

A Women’s IPL is needed to: Unearth emerging talent

It’s notable that, even though the tournament is vastly inadequate compared to the event that is required, that it was at the Women’s T20 Challenge that the most exciting young player India have found for years announced herself. Shafali Verma, in her first knock for Velocity, hit 34 off 31 to set up a small chase for her side, showing her class and poise against some of the world’s best. How many more stars might be discovered in a longer event?

The India men’s team is largely made up of performers who have displayed their grit and consistency in the IPL over the years. Coming up trumps against world-class athletes season after season will  speak more about a player’s overall calibre than their performances against state cricketers, who might lack the oomph to make it to the grand stage.

Meghna Singh, who burst into the limelight after she beat Alyssa Healy’s outside edge with the first delivery she bowled for India, seems like a quick who can take over Jhulan Goswami’s place, but India need more choices. The batting department is heavily dependent on Smriti Mandhana, Harmanpreet, and Shafali, with replacements for when the likes of Mithali Raj or Jhulan retire not apparent. Time and again, the Indian lower middle order — prone to collapses — have failed to continue the momentum of the top-order in matches, and while this is an undoing caused by pressure, it also reveals the lack of solid options to choose from. A Women’s IPL might not throw up players immediately, but if the men’s equivalent is any indication, it’s only a matter of time before it happens.

A Women’s IPL is needed to: Replace the Women’s T20 Challenge, which is no longer feasible

The Women’s T20 Challenge, despite all its shortcomings, was sill a week-long event where youngsters could share the dressing room with the legends of the game, as they learned new tricks by being in close proximity. However, with Covid-19 bringing with it quarantine protocols, it might not be the most feasible to continue with the event. Overseas players will not be eager to undergo quarantine just for a handful of matches, which further robs the Indians of the necessary exposure. This was the case last season, and with no T20 Challenge announced this year, uncertainty looms large.

Instead, a full-fledged Women’s IPL held in smaller venues in India will not only open up the doors for experienced campaigners to participate but will also allow cities starved of competitive matches to witness stars from close quarters. How it can potentially help young girls to develop an interest in the sport is a topic for another time, but the overall growth that the league promises cannot be discounted.

We’re sure the BCCI is listening. The question is, do they care?

The post Dear BCCI, if you haven’t noticed yet, it’s time for a Women’s IPL appeared first on Wisden.