Black Adam Teaser Out! Dwayne Johnson Is Here To Change ‘Hierarchy Of Power’ & The Fiery First Look Will Tell You How 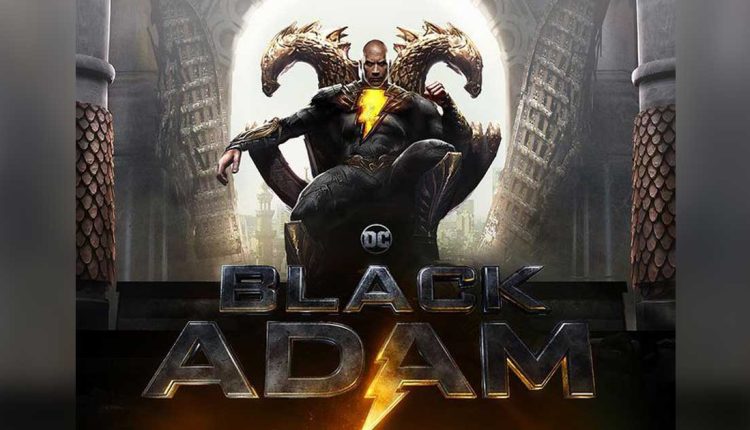 Dwayne Johnson aka ‘The ROCK’ treated his fans to the first teaser of Black Adam, the anti-hero film from the DC Extended Universe directed by Jaume Collett-Serra and co-written by Sohrab Noshirvani of ‘The Mauritanian’ fame. Collett-Serra directed Johnson most recently in Disney’s hit film, ‘Jungle Cruise‘.

Describing the character he had first signed up to play in 2014, Johnson tweeted on Saturday: “He is ruthless. He is unstoppable. He is the reason the hierarchy of power in the DC UNIVERSE is about to change.”

Dwayne Johnson’s Seven Bucks Productions has co-produced the movie (Black Adam) with DC Films, New Line Cinema and FlynnPicture Co, which has made a number of films starring the wrestler-actor, including ‘Skyscraper’.

He is ruthless.
He is unstoppable.
He is the reason the hierarchy of power in the DC UNIVERSE is about to change.

Along with Dwayne Johnson’s character, according to Variety.com, Black Adam also focuses on the members of the Justice Society: Aldis Hodge as Hawkman, who can fly thanks to his special metal wings; Noah Centineo as Atom Smasher, who can control his molecules and thereby change his size, density and strength; Quintessa Swindell as Cyclone, who can control the wind; and Pierce Brosnan as Doctor Fate, an archaeologist who becomes a powerful sorcerer while wearing the Helmet of Fate.

Are you excited about Dwayne Johnson’s Black Adam? Let us know in the comments below!

The post Black Adam Teaser Out! Dwayne Johnson Is Here To Change ‘Hierarchy Of Power’ & The Fiery First Look Will Tell You How appeared first on Koimoi.

Aryan Khan Is Suffering Due To A Flop Strategy? Bharti Singh & Haarsh Limbachiyaa’s Lawyer Reveals How He Kept His Clients Away From The Bars