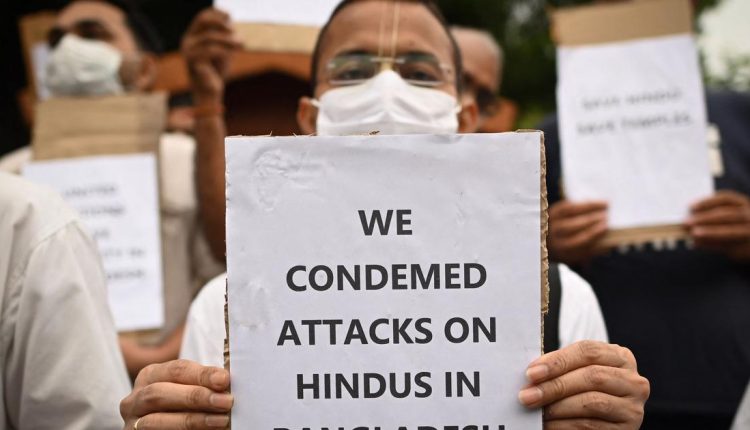 At least 40 people were injured in Bangladesh’s Feni city on Saturday as violence erupted after an attack on people protesting against the vandalism of Durga Puja venues in the country over the last few days, The Dhaka Tribune reported.

Hindu temples and shops were allegedly robbed during the clashes, the newspaper reported. The police used tear gas shells to disperse the alleged attackers.

On Sunday morning, Feni Superintendent of Police Khandaker Nurunnabi said that the situation was under control.

Bangladesh has witnessed a spell of violence over the last few days. On Wednesday, three people were killed in a clash between a mob and the police in Bangladesh’s Chandpur district. The violence erupted following social media posts about the alleged desecration of the Quran in a Durga Puja pandal in Comilla district.

Clashes were also reported from Chattogram, Kurigram and Moulvibazar districts as mobs allegedly vandalised temples and idols of Hindu deities.

On Friday, a temple in Noakhali, belonging to the International Society for Krishna Consciousness, a Hindu religious organisation, was attacked by a mob. A devotee was killed in the incident.

The organisation said that it will not stay silent in face of the violence.

Not a single player will be eliminated for one or two…

May forced to delay Brexit after MPs pass bill