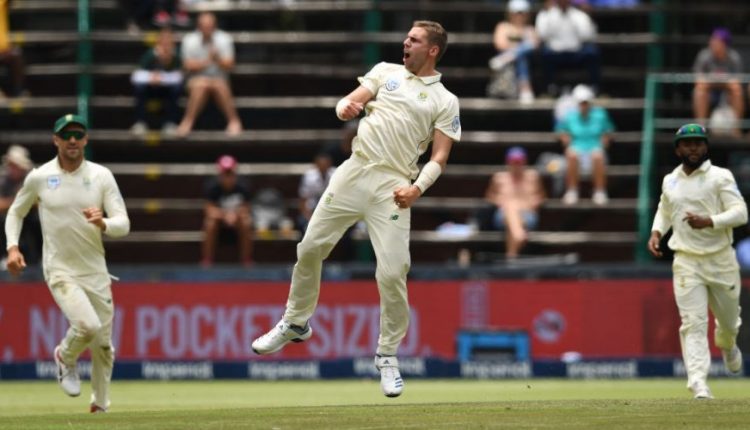 In the IPL 2021, Lockie Ferguson’s 153.63 kph and Josh Hazlewood’s 146.58 sit at first and 150th spot of the fastest deliveries bowled. In days to come there may be changes to this list, but one name is repeated 58 times. The name is Anrich Nortje, the man who bowled the fastest ball in IPL history. And the second-fastest ball too. And the third-fastest – if you really want to know.

A number of names have taken the league by storm with their bowling performances in recent years, and Nortje can get lost a bit in the exciting sea of talent that makes the tournament what it is. There are so many mystery bowlers, left-arm wrist-spinners, and death specialists around. Or it might be down to the fact that he has featured in only seven games this campaign. But it’s still odd how little praise he gets as an out-and-out pace bowler, at this point up with the quickest there has ever been.

If he had been seen plying his wares in the late 90s and early 2000s, there would’ve been no doubt that Nortje would’ve stood out for the role he played. The Noughties, in fact, gave birth to cricket’s own ‘pace race’, when the world saw Pakistan’s Shoaib Akhtar, Australia’s Brett Lee and Shaun Tait, and New Zealand’s Shane Bond challenge speed guns around the globe.

The sight of raw pace rattling the batter, making them mistime the ball, or destroying their stumps, made the headlines, and not a footnote as they often do today. Some of this is down to the evolution that T20 batting has undergone. That fastest-ever IPL ball that Nortje bowled, up and over 97mph, was scooped for four by Jos Buttler. But then the next ball, a click slower, smashed into his poles.

Alfred Hitchcock once famously said, “There is no terror in the bang. Only in the anticipation of it.” It is the terror of what can happen with a delivery bowled at express pace. A fast bowler creates a challenge of high magnitude for the batter and an intense spectacle for the audience.

The development of fast-bowling crops around the world have also contributed to the fact that the fastest bowlers are no longer feared in the same respect as they once were. The bowlers in Nortje’s league are still just about as rare as they were 20 years ago. But the low 90s/high 80s category is fit to burst, and that can mask how exceptional the fastest around are.

It’s not an easy life. The wear and tear involved in being a fast bowler far exceeds that in any other discipline. And it’s not a guarantee of success. Just look at Mohammad Sami, who announced himself to the world with a Test winning five-for but ended with a bowling average nearly indistinguishable from Sachin Tendulkar’s batting average.

But that only makes those fast bowlers who stay fast and succeed while doing it all the more special. Nortje is one of those, and his arrival to the world stage, basically fully formed as a properly rapid pace gun, hasn’t come a moment too soon for a struggling South Africa side.

Take their series against Sri Lanka earlier this year. This would be a walkover for Proteas teams gone by, but with Sri Lanka having won their last series in the country, Lungi Ngidi misfiring in the first innings, and the bowling attack otherwise green, they needed someone to stand up. Nortje, breathing fire, claimed 6-56 to set up a 10-wicket win. They might not be the side they were, but with Nortje in their XI, opposition teams will still set foot on South African soil with trepidation.

However, stronger opponents and bigger challenges are always around the corner. There’s the T20 World Cup, which South Africa have never won. Then later this season, there is the prospect of facing Virat Kohli’s India. The side, after their success in Australia and England, would love to win a Test series in South Africa.

Nortje, along with his seam bowling stable mates Kagiso Rabada and Lungi Ngidi, face the tough task of keeping South Africa a relevant force in world cricket. Not only that, he is flying the flag to keep the fire burning for out-and-out fast bowlers not just in his home country, but around the world.

LPG price has doubled in 7 years, and the subsidies are gone…