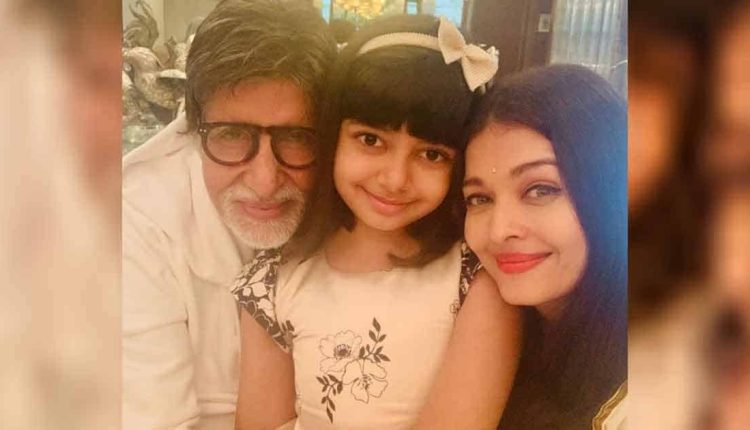 Shehanshah of Bollywood Amitabh Bachchan shares a special bond with his daughter-in-law Aishwarya Rai Bachchan and granddaughter Aaradhya Bachchan. Post Aaradhya’s birth, a cheerful grandfather, AB shared details about the baby’s look and commends the Devdas actress for not taking painkiller even though she was in serious labour.

Aishwarya and Abhishek got married on April 20, 2007. Four years after their marriage, the couple welcomed the youngest Bachchan family member in 2011. Since then, the little munchkin shares a unique bond with her grandfather.

Did You Know? Akshay Kumar Got Irrfan Khan Replaced In This Film Because He Was Interested In Playing The Lead!

Until then the Bachchan family hadn’t decided the little girl’s name. Adding to that, Amitabh Bachchan shared, “Main bekar hu abhi. Mera Kaun Banega Crorepati khatam hogaya hai, aur mere paas koi film hai nai abhi. Toh main bekar hu, ab main ghar pe rahuga (I am idle right now. Kaun Banega Crorepati has ended and I don’t have any film to shoot either. So I am idle and I will stay at home).” To this, Abhishek Bachchan intervened and said that Amitabh will now look after his granddaughter.

During their further interaction with media, the Piku star revealed Aishwarya Rai refused any painkillers during labour and applauded her for the same, he said, “We went there on the 14th night. The doctors had told us that the baby could arrive anytime now. On the 16th morning, she delivered the baby. This was a normal delivery even though these days people opt for C-section and other things. But Aishwarya wanted a normal delivery, she had to struggle but I commend her that she was in acute labour for a long time, almost 2-3 hours. But she persisted, said she wanted a normal delivery. She did not use any epidural or painkiller.”

Must Read: When Amitabh Bachchan Lauded Aishwarya Rai Bachchan For Delivering Aaradhya Without Any Painkillers Or Anaesthesia

The post When Amitabh Bachchan Lauded Aishwarya Rai Bachchan For Delivering Aaradhya Without Any Painkillers Or Anaesthesia appeared first on Koimoi.