We were outplayed, but would love to have most players back next season: Delhi Capitals head coach Ponting 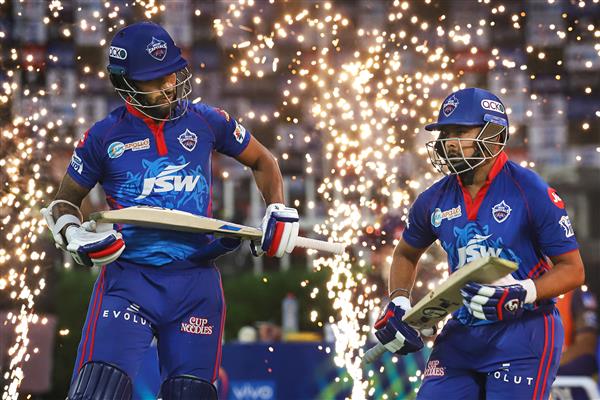 Delhi Capitals head coach Ricky Ponting “knows” that only three-four players would be retained by his franchise before IPL’s mega auction but given a chance, he wouldn’t mind entering the next season with almost the same team that he has at his disposal now.

The Australian great though had no qualms in admitting that his team was outplayed by Kolkata Knight Riders in the second IPL qualifier here on Wednesday.

“I’d love to keep everyone,” he quipped.

“To be honest, we have got… it is a terrific group of people at the Delhi Capitals, playing staff and the coaches have done an amazing job for the last couple of seasons. And I think our performances sort of speak for themselves there.”

After being restricted to 135 for five, DC lost to KKR by three wickets.

“We’re just disappointed that this season has finished the way that it has. But yeah, so obviously we know that we will probably only be able to retain maybe three or four players.”

“So, a lot of players will go back into the auction, and then I’ll be doing everything I can certainly to bring as many people back into the Delhi Capitals family as possible, because as I said, it’s been incredibly enjoyable, for the last three seasons, really for me.

“To bring everyone or most of the guys back together again, will be certainly a goal of mine,” the former Australian skipper said.

Ponting singled out the lack of enough runs as the biggest factor in the team’s defeat, saying the power-play was the difference.

Rahul Tripathi struck a stunning six in the penultimate delivery after opener Venkatesh Iyer’s brilliant half century to help KKR chase down DC’s target of 136 and enter the IPL final.

“To be totally honest, looking back at this whole season, I think today really is the only game that I feel we have been outplayed in,” Ponting said at the post-match press conference on Wednesday night.

“We didn’t bat well enough today, we didn’t get enough runs in the power-play, we lost wickets regularly through the middle of our batting innings.”

KKR needed 10 runs from the last two overs but Anrich Nortje removed captain Eoin Morgan (0) with the final ball of the 19th over, leaving the Knight Riders seven runs to get from the final six balls.

Shakib Al Hasan (0) and Sunil Narine (0) were then removed in the third and fourth balls before Tripathi hit a six off R Ashwin in the fifth delivery to see his team home.

“If it wasn’t for (Shimron) Hetymer and Shreyas (Iyer) at the end, we weren’t looking anywhere near 130, so we have been outplayed, so we will talk about that when we get back into the rooms after this.

“It is disappointing for us to certainly finish the way that we have,” said the former Australian World-Cup winning skipper.

According to Ponting, the power-plays in both the innings was the difference between the two sides.

“Yeah. Look, I think the power-plays in both innings was probably the difference in the game. I don’t think we got enough in our power play with the bat.

“I think we were 37 at the end of our power-play, which was probably, you know, eight to 10 runs short of where we wanted to be,” he added.

Ponting lavished praise on KKR opener Iyer, saying he looks like someone who could be a “terrific player” for the Knight Riders and maybe for India in the future. PTI