Tiger Shroff’s Trainer Kaizzad Capadia Dies At The Age Of 49, Reason Behind The Death Revealed 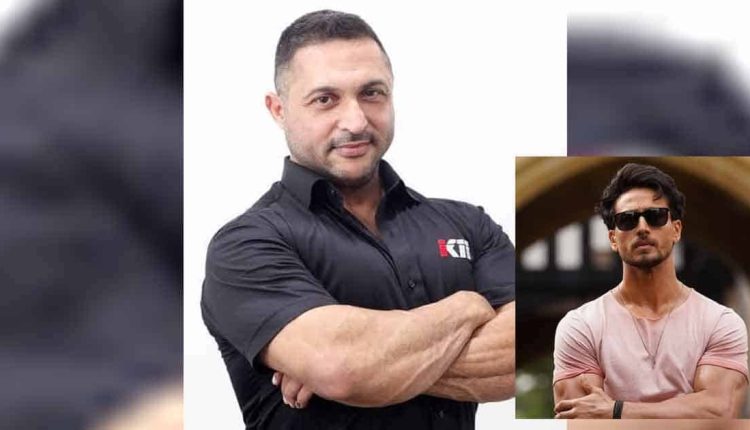 2021 has been quite a tough year for everyone out there, this year has been more horrific in terms of covid related death than 2020. The very recent news that came out related to death was Tiger Shroff’s fitness trainer Kaizzad Capadia’s passing.

The actor’s fit was trainer passed away on Wednesday (13) due to Covid-19. The trainer was just 49-year-old.

Bollywood’s beloved Tiger Shroff had shared the news of Kaizzad Capadia’s passing and shared his condolences on his Instagram handle.

Now, according to the authorities at Sassoon General Hospital, Kaizzad Capadia was already dead by the moment he was got to the hospital, states The Indian Express.

As per the trainer’s family member, Kaizzad had already received the first dose of the COVID vaccine. The family then explained that on Wednesday morning, he felt some distress but passed away before he could be brought to the hospital.

The Indian Express has quoted an official from Sassoon General Hospital that stated, “The test was positive for Covid-19 and the cause of death on the certificate was listed as due to coronavirus disease.”

Kaizzad is survived by his wife Kalyani, who is a kabbadi player and also a personal fitness coach. The famous fitness trainer had changed the lives of many, including Bollywood celebrities.

Various Bollywood big names grieved his demise on social media. Other than Tiger Shroff, his mother Ayesha Shroff, Siddhant Kapoor, Neil Nitin Mukesh, Deanne Panday, Ruslaan Mumtaz and many others have given their consolations.

Back in 2015 Kaizzad Capadia had a conversation with Mid-Day in which he shared his dreams, the trainer had said “Initially, as a teenager, I had dreams of winning the Mr Universe. I won a few state-level competitions and competed well at the nationals (I was also considered to be in the Top 10 best bodybuilders in the country in 2005). My first client was the Bajaj industrial family. From 1991-1999, through word of mouth, I trained family members of almost all the top industrial families, including members from the Birla, Singhania, Garware and Khatau families. Hence, I am called a pioneer of personal training. In 2003, I decided to take up education in the fitness industry seriously and co-founded the K11 Fitness Academy. Today, K11 is the premier institute for certification of fitness professionals in the Indian fitness industry.”

Must Read: Sherlyn Chopra Warned By Shilpa Shetty & Raj Kundra’s Lawyers Stating She Shall Be Liable For Criminal Proceedings

The post Tiger Shroff’s Trainer Kaizzad Capadia Dies At The Age Of 49, Reason Behind The Death Revealed appeared first on Koimoi.

From Loki, Iron Man To Spider-Man – Pick Your ‘Superhero Date’ This Dussehra!