Special Ops 1.5 – The Himmat Story Teaser Out! Kay Kay Menon Is Taking Us Back In Time To Show The Agent’s Journey 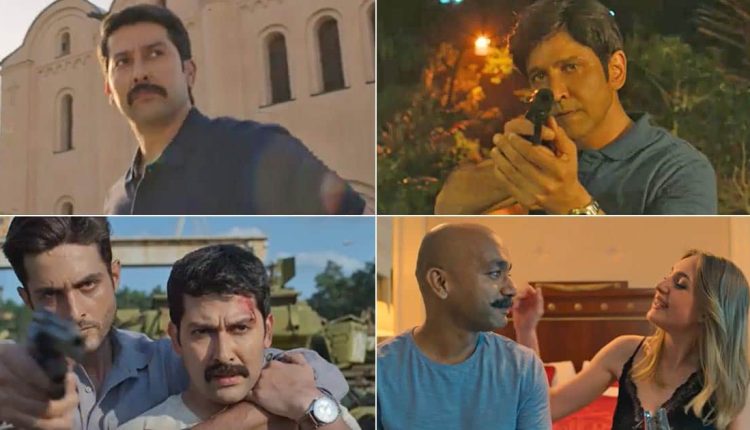 Directed by Neeraj Pandey and Shivam Nair of Friday Storytellers, Special Ops 1.5: The Himmat Story takes viewers back in time to witness the making of the fearless Himmat Singh

After a hugely successful run of espionage thriller, Special Ops, Disney+ Hotstar and award-winning creator Neeraj Pandey of Friday Storytellers have joined forces once again to expand the Special Ops universe with a gripping backstory of the intrepid R&AW agent, Himmat Singh. The last season left the audiences enthralled about Agent Himmat Singh and his tenacity to take extreme steps to resolve any mission.

The teaser release of Special Ops 1.5: The Himmat Story, takes the viewers back to where it all began for the young R&AW agent. The supremely talented actor, Kay Kay Menon reprises his role of Himmat Singh. The upcoming Special Ops 1.5: The Himmat Story goes back in time to 2001 and explores the formative years that of Himmat Singh and how he uses his wit and intelligence for a high-impact operation. Joining the action-packed series, Aftab Shivdasani, Aadil Khan will make an entry with new talent Aishwarya Sushmita, Maria Ryaboshapka alongside Gautami Kapoor, Vinay Pathak, Parmeet Sethi, KP Mukherjee, and many others.

Talking about the all-new universe, Special Ops 1.5 director Neeraj Pandey said, “We have always envisioned Special Ops as a multi-layered franchise which would be leveraged on characters, scale and format innovation. We’re excited to expand this universe with Special Ops 1.5: The Himmat Story on Disney+ Hotstar before the second season”.

Producer Shital Bhatia added, “Keeping up with the scale and high-production aesthetics of Special Ops 1.5 was extremely challenging during the lockdown, we hope the audiences enjoy the show as much as we loved making it.”

The post Special Ops 1.5 – The Himmat Story Teaser Out! Kay Kay Menon Is Taking Us Back In Time To Show The Agent’s Journey appeared first on Koimoi.

Katy Perry gets ‘word from god’