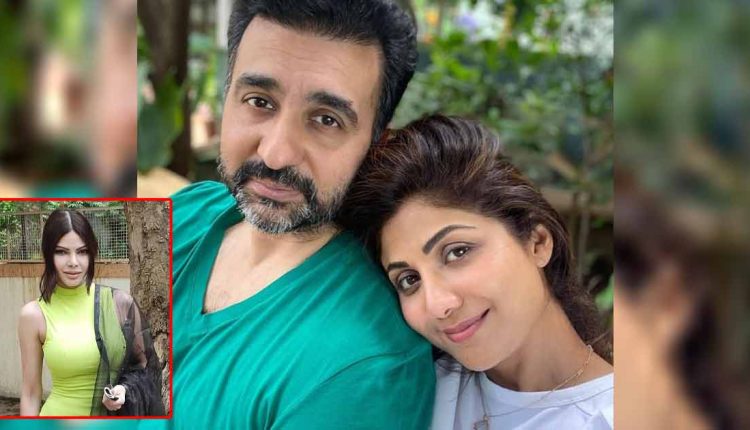 Bollywood’s diva Shilpa Shetty’s husband Raj Kundra was quite hitting the headlines earlier due to his arrest on the p*rnographic case. The one actress who constantly slammed Shilpa’s husband was no other than Sherlyn Chopra. Read on ahead!

The actress was seen in movies like ‘Kamasutra 3D’, ‘Dil Bole Haddipa’, ‘Wajha Tum Ho’ and other movies.

Well, it seems like Sherlyn Chopra has yet another fact to unveil about the accusations made on Raj Kundra and his wife Shilpa Shetty. The actress has called for a press conference at the Juhu Police Station today. She will be reaching the Juhu police station with her team of advocates pretty soon.

However, Sherlyn Chopra and her press conference have been called out by Shilpa Shetty and Raj Kundra. The duo has handed out a statement through their lawyers, asserting that they will take lawful action against the statement that the actress wants to make. “The due process of law must be followed for the alleged statement that Miss Chopra wants to make. Calling for a press conference to do this reflects a strong intention to commit an offence of defamation. Anything spoken by Miss Chopra in the public domain shall be held against her in the court of law. She shall be liable for civil and criminal proceedings before competent courts,” said Raj and Shilpa’s lawyers in the statement.

Seems like the ‘Wajha Tum Ho’ star will be in some deep trouble if she ends up making any false allegation during the press.

Earlier in August, Sherlyn was questioned by the property cell of the Mumbai Crime Branch for almost eight hours. The Dil Bole Haddipa actress was questioned about her relation to the p*rnography case entangling Shilpa’s husband and businessman Raj Kundra.

Explaining to the media about the objective of the interrogation, Sherlyn Chopra had said, “They asked me to share information about Armsprime media and everything related to Raj Kundra. They asked me about my agreement with Armsprime and what the terms and conditions of the contract were. They even asked about how many videos I shot with them and who all were a part of the content production.”

What do you think about Sherlyn’s accusation of Raj? Let us know in the comments below!

The post Sherlyn Chopra Warned By Shilpa Shetty & Raj Kundra’s Lawyers Stating She Shall Be Liable For Criminal Proceedings appeared first on Koimoi.

KBC 13: Hema Malini’s Body-Double In Sholay To Appear On The Show

‘Priceless’: US students accused of ‘hypocrisy’ as they back diversity quotas… unless it comes to college football team…

Equity indices in the green, banking and metal stocks shine