Meenakshi Sundareshwar: Tamilians Are Upset With Karan Johar Stereotyping Them In The Trailer; Netizens Say, “It Can’t Be Phoney Every Time” 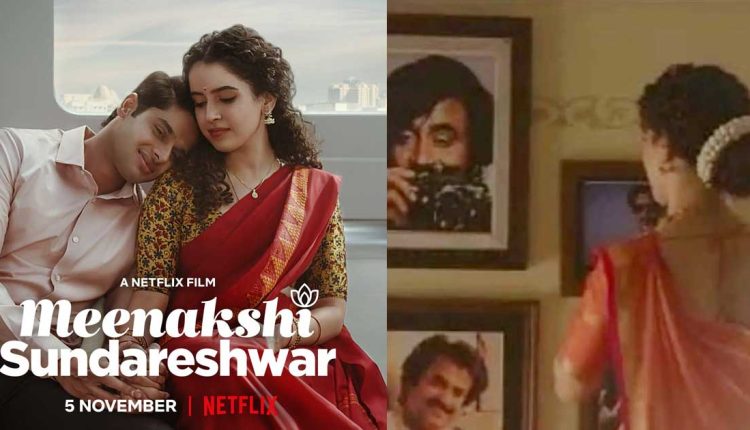 Meenakshi Sundareshwar: Tamilians On Twitter Not Impressed With Stereotyping Them In The Film’s Trailer; Netizens Say, “It Can’t Be Phoney Every Time”(Pic Credit: Episode Still, Wikipedia)

Sanya Malhotra and Abhimanyu Dassani’s film Meenakshi Sundareshwar was one of the much awaited films of 2021. Netflix recently released the trailer of the film. However, netizens were not too impressed with the trailer. Scroll down to know more.

The trailer showcases Sanya and Abhimanyu as a young couple in Tamil Nadu, trying to make their relationship work through long distance. While the film is yet to be released, many Tamilians felt that Bollywood has stereotyped their culture once again.

Some netizens even mentioned how Tamilian don’t ‘speak like this’ or have a shrine for actor Rajinikanth at their home. Some even asked why no Tamil actors were roped in for a role in the film.

Sherlyn Chopra Warned By Shilpa Shetty & Raj Kundra’s Lawyers Stating She Shall Be Liable For Criminal Proceedings
Tiger Shroff’s Trainer Kaizzad Capadia Dies At The Age Of 49, Reason Behind The Death Revealed

A user wrote, “Meenakshi Sundareshwar really! may be its high time #karanjohar or any director could hv taken #tamilian for such script! You ought to get into the nuance our very traditions. it can’t be phoney every time! Be it #twostates, you have let us down! #hindicinema #Bollywood grow up.”

Another user tweeted, “Bollywood, I have one question for you – why can’t you leave us alone.” Lets take a look at the tweets posted by users after watching the teaser of Meenakshi Sundareshwar:

I dont know when will bollywood understand that all Tamil’s are not brahmins. All Tamil’s are not veg eaters. Even brahmins wont dress and talk like this now a days. And not all tamil songs are folk songs. And stop ur obsession with our superstar!#MeenakshiSundareshwar https://t.co/oSMamGPhO1

Insert Tamil songs, Tamil icons and Tamil culture (grossly stereotyped) to get some eyeballs, but the characters only speak in Hindi!! Chennai is just 2 hours away by flight from Bombay, one visit would have made the makers realise what an atrocity this is #MeenakshiSundareshwar https://t.co/yl4qiyG9cA

Less than 10 seconds into the video and I already know they did not do any research. #MeenakshiSundareshwar pic.twitter.com/u1foQYVRLP

Amongst all things that gets misinterpreted in Bollywood movies, Tamil representations got to be right up there. #MeenakshiSundareshwar

Helmed by Vivek Soni, Meenakshi Sundareshwar is all set to release on Netflix on November 5. It is produced under Karan Johar’s banner Dharmatic Entertainment. Sanya Malhotra shared the teaser and wrote, “Meenakshi Sundareshwar Teaser. Welcome to this new chapter of Sundar and Meenakshi’s life and get ready to witness this one-of-a-kind long-distance love story. #MeenakshiSundareshwar is coming to Netflix on November 5[sic].”

Must Read: When Amitabh Bachchan Lauded Aishwarya Rai Bachchan For Delivering Aaradhya Without Any Painkillers Or Anaesthesia

The post Meenakshi Sundareshwar: Tamilians Are Upset With Karan Johar Stereotyping Them In The Trailer; Netizens Say, “It Can’t Be Phoney Every Time” appeared first on Koimoi.

Controlling inflation has been one of Modi’s biggest…