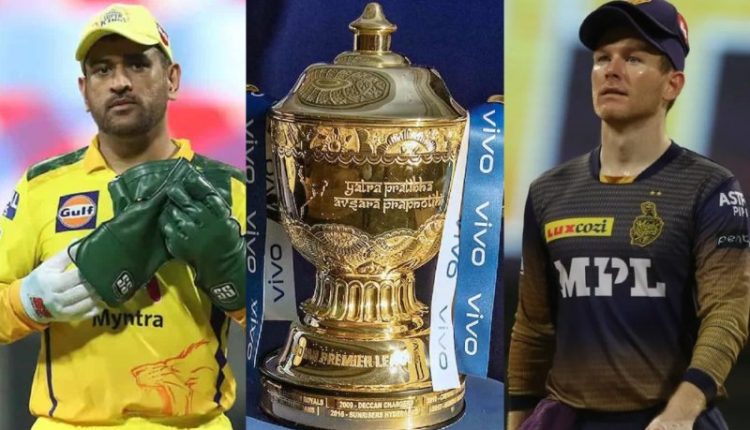 This season of IPL was quite different from its previous seasons. There was no cricket fanatics cheering for their favourite teams, quarantine bubbles, covid cases, and a major break between the series. But all is well that end’s well. After six months of on-and-off matches, we are finally nearing the end of IPL 2021.

The final match that will take place tomorrow in Dubai promises a tactical clash between Mahendra Singh Dhoni’s Chennai Super Kings and Eoin Morgan’s Kolkata Knight Riders. KKR has won two out of two IPL finals that they managed to reach while Chennai Super Kings have reached the finals nine times, emerging triumphant in three of them.

While CSK’s performance was quite consistent throughout the season, KKR turned a corner with the last match. The team was at a disappointing seventh position on the points table, with only 2 wins in 7 games, but still managed to enter the finale. Will they be able to also bag the winner’s trophy, that is what will make tomorrow’s match even more exciting.

Talking about the winner, this year around the prize money that goes to the winner has also been reduced by BCCI since last year. The winner earlier used to receive Rs 20 crore in 2019, while the runners-up used to receive Rs 12.5 crore. Last year, i.e. in 2020, the winner accepted a prize money of Rs 10 crore. The runner-up got Rs 6.25 crore as well. This year too, for IPL 2021, BCCI has kept this same prize the amount for the winner and runner up. The two other teams that qualify to the playoffs stage will be INR 4.375 crores each.

The prize money in its inaugural edition in 2008 was worth INR 12 crores. The winning team of the first edition of the series, Rajasthan Royals team, famously captained and coached by former Australian leg spinner Shane Warne, alone received approximately 9 crore prize money.

The tournament has skyrocketed its value to a multifold value over the last 13 years and over the years, the prize money has been an important factor in examining the financial rise of the tournament. Now we wait to see how this season’s finale pans out and who take away the trophy and the prize money for IPL 2021.

Also Read: Who Is Kartik Tyagi? The Story Of The Cricketer Who Bowled One Of The Best-Ever Overs In IPL

The post Here Is How Much Prize Money The IPL 2021 Winner And Runner Up Will Take Away appeared first on Man’s World India.

• ‘There is an Udham within us, says actor Vicky Kaushal who plays the revolutionary hero in Sardar Udham

The Batman Trailer Out! Robert Pattinson Fights Riddler & Penguin In Possibly The Darkest Take On The Cape Crusader

Gorkha: Akshay Kumar Reacts To Retired Army Officer Pointing Out A Mistake In The Poster, “We’ll Take Utmost Care While…