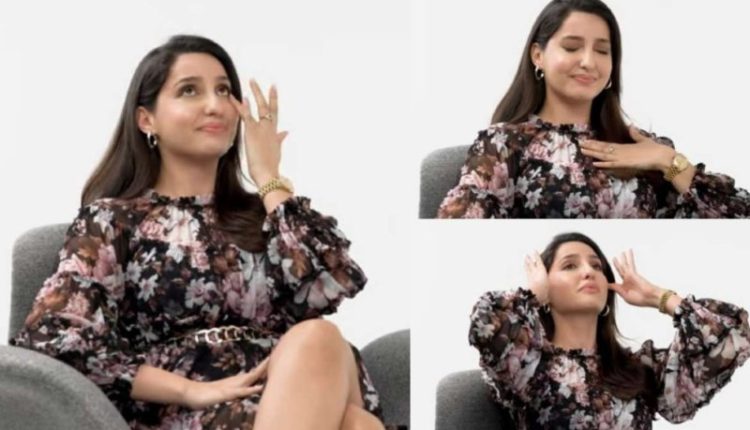 Nora Fatehi was summoned to the Enforcement Directorate office today (October 14) in connection with the money laundering case filed against con artists Sukesh Chandrasekar and his actor-wife Leena Paul. Chandrasekar and Paul allegedly duped ₹ 200 crores from the family of Fortis Healthcare promoter Shivinder Singh and here is all we need to know about the case.

Also Read: Jacqueline Fernandez Is Dating A South-Based Businessman, Plans To Shift With Him Soon

The case was filed in August based on a complaint filed by Shivinder Singh’s wife, Aditi Singh. She alleged that a man posing as a senior Law Ministry official offered to help her get bail for Mr Singh (then in jail) in return for money. Singh claimed to have paid out ₹ 200 crores in 30 instalments starting June 2020 for the same. She was told that the money was meant for BJP party funds and that Home Minister Amit Shah and then Law Minister Ravi Shankar Prasad were both on her side to help her out.

At the time of the incident, Chandrasekhar, accused in 21 cases, was lodged in Delhi’s Rohini jail. The couple had also duped Bollywood star, Jacqueline Fernandez, who has been called in for questioning a couple of time by the ED as well. Nora Fatehi is the new addition to the case. Fatehi will be questioned about her connections to the accused couple, sources revealed.

Talking more about the couple, Chandrasekhar is a native of Bengaluru while Paul hails from Kottayam, Kerala. The two met in Chennai, and briefly after knowing each other, fell in love with each other. The earliest financial crime allegedly took place in 2013, three years after the two first met.

“The duo was known in Chennai’s socialite circles. They had built contacts among popular personalities in politics and cinema. While we suspect they could have engaged in smaller cons in the past, the Canara Bank cheating case was their first big bust,” said a senior police official of Chennai Crime Station during their first bust. Chandrasekhar had once also posed as a relative of former Chief Minister M Karunanidhi.

Also Read: Did You Know Nora Fatehi Worked As A Waitress Before Entering Bollywood?

The post Everything We Know So Far About Nora Fatehi’s Alleged ₹200Cr Scam appeared first on Man’s World India.

‘No change’ in US policy on Taiwan, White House says after Biden vows to defend it…