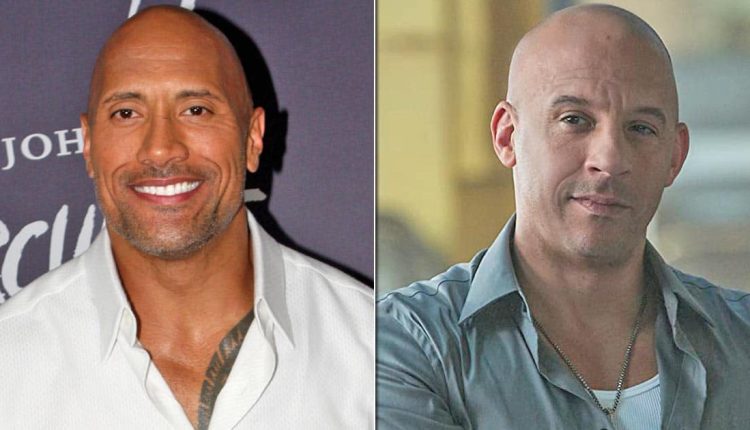 The Fast And Furious saga that has been running for two decades now has seen it all. From big successes to failures to their pivotal star passing away. But what has managed to make the most headlines and continues to till date is the rift between Dwayne Johnson and his once upon a time friend and co-star Vin Diesel. The two kind of fought on the sets of Fate And The Furious back in 2017 and decided to never work with each other, which they have stood to even after almost 5 years.

The feud that separated two of the biggest stars in the Fast & Furious franchise, led to Vin Diesel owning the main series, while Dwayne Johnson went on to lead Hobbs & Shaw. Most recently Dwayne decided to let off his guard and talk candidly about his differences with the Groot fame. He spoke about the time he decided to call him out on Instagram and of regrets doing that. Read on to know everything you should about the same.

Dwayne Johnson in his interview with Variety reflected on the times he decided to call Vin Diesel out on Instagram. Though he deleted that post, but thanks to his over 100 Million followers, it has already reached far and wide. Without taking names, he had called his Fast & Furious male co-stars “Chicken Sh*t” and “Candy As*es”. Talking about it, he said people from the crew had thanked him for doing it.

Guardians Of The Galaxy Vol. 3 Welcomes ‘We’re The Millers’ Fame Will Poulter
Courteney Cox & Neve Campbell Are Back For A ‘Bloodier’ Slasher Scream 5

“It caused a firestorm. Yet interestingly enough…[it was] as if every single crew member found their way to me and either quietly thanked me or sent me a note. But, yeah, it wasn’t my best day, sharing that. I shouldn’t have shared that. Because at the end of the day, that goes against my DNA. I don’t share things like that. And I take care of that kind of bullshit away from the public. They don’t need to know that. That’s why I say it wasn’t my best day,” Dwayne Johnson said.

Further talking about if he regrets putting that post, The Rock said, “No, I meant what I said. For sure. I mean what I say when I say it. But to express it publicly was not the right thing to do.”

Man, 53, dies after awning weighed down by snow collapses in…