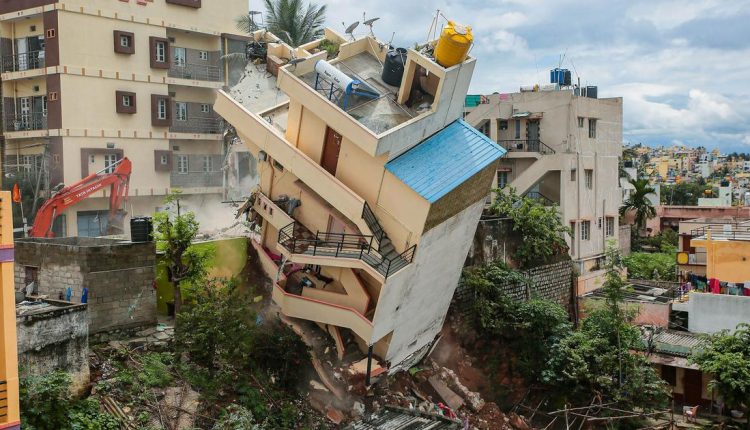 The incessant downpour caused the city’s Madiwala lake to overflow that caused flooding in areas such as BTM Layout, HSR Layout, and Anugraha Layout.

The heavy rain also weakened the foundation of a building in the city’s Mahalakshmi Layout, the Hindustan Times reported. The Bengaluru civic body had to demolish the building on Wednesday.

Bengaluru Karnataka : A four-Floor building suddenly tilted to one side in Bengaluru was demolished after being evacuated.#Bengaluru #Karnataka #India #BreakingNews pic.twitter.com/hr4l2jIJ3k

The India Meteorological Department has predicted heavy rain to very heavy rainfall at isolated places along the coast and parts of south Karnataka till October 17.

“This amount of rainfall is not considered normal for Bengaluru,” said Rajiv Manickam, a scientist at the weather department.

On Wednesday, the pick-up and drop-off points at Bengaluru’s Kempegowda International Airport were flooded, reported The Economic Times. The passengers had…