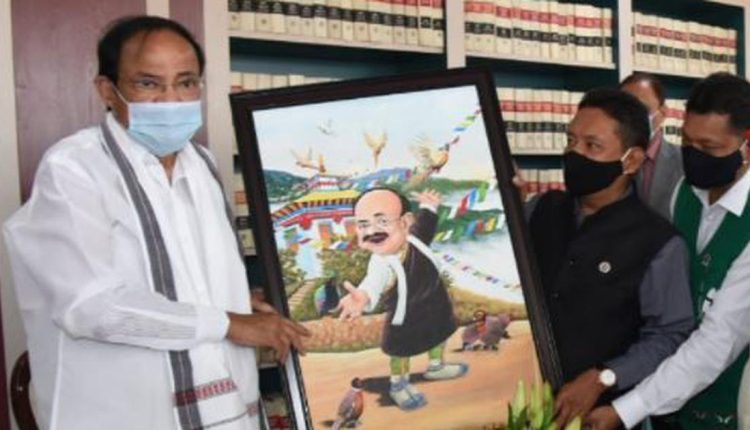 A look at the headlines right now:

India rejects China’s objection to Vice President Venkaiah Naidu’s Arunachal Pradesh visit: The Ministry of External Affairs asserted that Arunachal Pradesh was an inalienable part of India.
Aryan Khan didn’t have cash to buy drugs, lawyer tells court, bail plea hearing to continue tomorrow: Khan was detained by the Narcotics Control Bureau on October 3 after a raid aboard a cruise ship off the coast of Mumbai.
Jairam Ramesh, Asaduddin Owaisi criticise Rajnath Singh’s claims about VD Savarkar’s mercy pleas: Owaisi said that the BJP will soon declare Savarkar as the father of the nation instead of Mahatma Gandhi.
Former PM Manmohan Singh admitted to AIIMS: Reports said the Congress leader was hospitalised after he complained of fever and weakness.
Karnataka Congress leaders accuse DK Shivakumar of corruption in viral video: The Congress suspended one of the leaders, MA Salim, for six years and issued a show-cause notice to the other, VS Ugrappa.
Police detain Srinagar photojournalist Mukhtar Zahoor, release him later: The police did not provide reasons for the action against him.
Akhilesh Yadav castigated BJP for Lakhimpur violence, says his party will restore farmers’ power: Meanwhile, Nirmala Sitharaman said the case was ‘condemnable’ but people should talk about other similar incidents too.
Dalit man’s murder in Rajasthan is barbarism, says Jignesh Mevani, asks state to take quick action: The police have so far taken five out of the 11 accused persons…