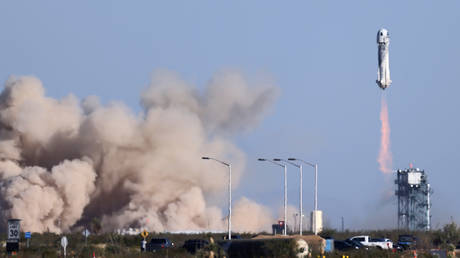 Shatner, 90, will be the oldest person to visit space, beating aviator Wally Funk, 82, who flew the previous manned mission launched by Jeff Bezos’ company in July.

The Canadian-born actor is best-known for his role as James T. Kirk, the captain of the fictional USS Enterprise in the original 1960s Star Trek series, which sealed his legacy among generations of space-obsessed fans. He has also had a successful music and media career. RT America is currently airing his show called ‘I Don’t Understand’.

Despite chill in ties, India-China trade on course to touch record USD 100 billion-mark