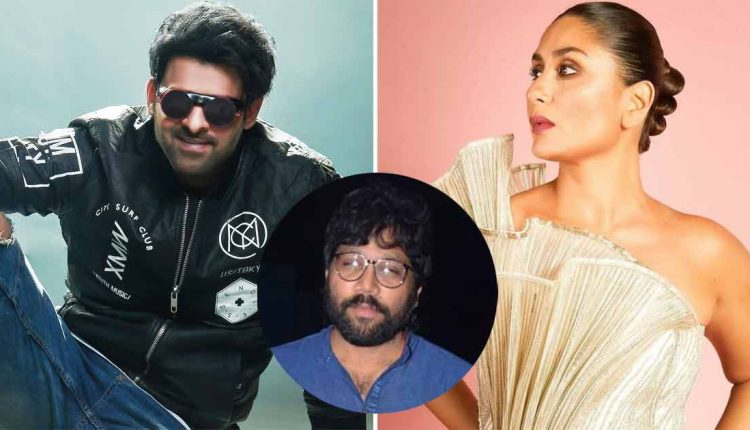 South’s heartthrob and everyone’s beloved Baahubali Prabhas is all set to work alongside Arjun Reddy and Kabir Singh’s fame director Sandeep Reddy Vanga in his upcoming film Spirit. Well, it seems like Bollywood’s diva Kareena Kapoor Khan will be joining him in this project.

The Rebel star will play the lead in the upcoming film.

As per Bollywoodlife’s reports, Bollywood’s beloved diva Kareena Kapoor Khan will be seen alongside Prabhas in the film.

However the news of Kareena Kapoor Khan joining the Spirit team along with Prabhas has not been confirmed yet, but the information is quite exciting though. Just like other upcoming films of the Mirch actor, Spirit will also be a Pan Indian film, and roping someone like Bebo will only get this film to reach different heights!

We all know that Bebo’s husband Saif Ali Khan is currently working with Prabhas in Adipurush. Also not to forget that the south star had recently treated Kareena with some Biryani and other mouth-watering dainties. We can witness the bond-forming already and it seems like we may get to see them coming as a pair on-screen

In the meantime there is also very interesting news spreading around is that the south star has asked for a whopping amount for Spirit. Something around Rs 150 crore. That’s huge!

It is also to be noted that the Saaho fame wasn’t the early choice for the lead in Spirit. Famous South stars like Ram Charan, Mahesh Babu, and dapper star Allu Arjun were approached ahead for the role. The Baahubali bagged the lead role Sandeep’s Spirit only because the other stars declined the role.

As we witness what Sandeep had done with Arjun Reddy and Kabir Singh, we might be able to see Prabhas in a quirky and never seen avatar in Spirit.

Must Read: Tiger Shroff Pays An Emotional Tribute To His Fitness Coach Kaizzad Capadia Who Passed Away Today

Avika Gor Wraps Up The Shoot For Her First Untitled Production, Says Being A Producer Has Made Her A More Humble Actor