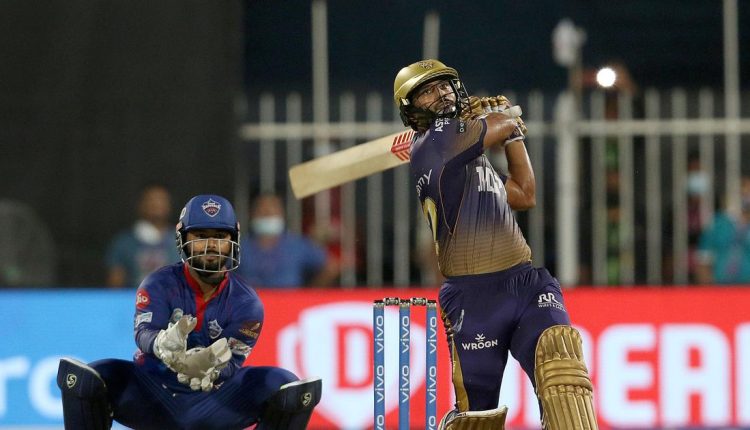 Rahul Tripathi smashed a six off the penultimate ball of the match as Kolkata Knight Riders beat Delhi Capitals by three wickets in the second Indian Premier League 2021 qualifier on Wednesday to set up a title clash with Chennai Super Kings.

Opting to bowl, KKR dished out another superlative bowling display to restrict Delhi Capitals to 135/5 on a slow Sharjah track.

IPL 2021, Qualifier 2, DC vs KKR as it happened: Tripathi wins it with a six after DC fightback

Venkatesh Iyer (55) and Shubman Gill (46) then shared 96 runs for the opening wicket. But KKR then lost six wickets, adding just seven runs, to stare at defeat.

But Tripathi smashed the much-needed six to seal the deal.

Earlier, DC opener Shikhar Dhawan found his way to a 39-ball 36 but couldn’t break the shackles. Prithvi Shaw (18) looked good in his brief stay, while comeback man Marcus Stoinis (18) got the start but couldn’t capitalise on it.

In the 18th over, Shimron Hetmyer (17) unleashed two sixes off Lockie Ferguson after getting a second lease of life, while Shreyas Iyer (30 not out) hit a four and a last-ball six in the 20th over to take DC to a competitive score.

Amazon rigged search results to favor its own knock-off products, despite denials – reports