FYUP Does Not Solve the Fund Crunch in Basic Science Research 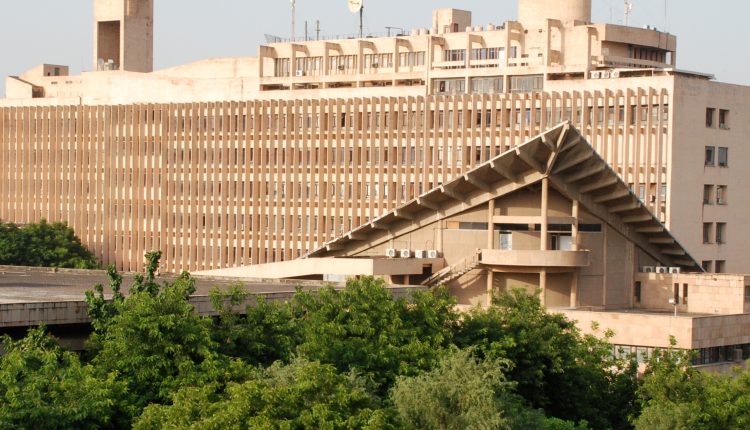 Some experts have written that the four-year undergraduate programme could revive India’s dying entrepreneurial spirit.
FYUP extends the current three-year undergraduate programme and allows students to exit the course with a diploma, graduation or with honours.
But this argument, the authors write, only uses the FYUP to cover for the lack of affordable higher education.

An article in The Print on September 21 lamented that Indian higher education has not contributed significantly to India’s economic progress. The columnist, Dinesh Singh, is a decorated mathematician who served as vice-chancellor of the University of Delhi (DU) from 2010 to 2015, and received the Padma Shri in 2014.

Singh argues that the National Education Policy (NEP), introduced by the Bharatiya Janata Party government at the Centre in July 2020, will correct this trend by bringing back the scrapped four-year undergraduate programme (FYUP), initiated during his stint at DU. Singh is among a chorus of voices that has welcomed the Central university’s contested resolution, in August, 2021, to revive FYUP from the next academic session.

While the problems plaguing Indian scientific research are very real, we disagree with Singh’s diagnosis. His faith in homemade remedies from his time as vice-chancellor are misplaced. In fact, the prescription may even exacerbate the disease. Here’s why.

Where is India’s Cambridge?

There is compelling evidence that research-based solutions to complex problems can pour out of academia. Singh cites the case of the tech giant Apple’s ‘Siri’ interface, which germinated in a Cambridge University lab, and Google’s incubation within an Ivy League university, Stanford. Even among public-funded state universities in the US, such as in Illinois and Houston, their internal assessments conclude that they are feeding billions of dollars into their local economies.

In the face of this, in Singh’s estimation, a big question mark hangs over what our premier Indian universities are really up to.

It is undeniable that spending on education leads to economic gains. Apart from short-term gains from a college start-up’s value skyrocketing, blue-skies research having no apparent ‘deliverables’ have also advanced scientific knowledge by leaps and enabled innovation that eased everyday life. Only universities can nurture them. Google itself would never have materialised without such a grant from the US government’s National Science Foundation in Stanford while the discovery of molecular antibodies, which opened up the lucrative field of biotechnology, relied on experiments at the UK’s Medical Research Council labs.

It was the University of Southern California which created the first prototype of a computer chip, financed by the US military’s Defence Advanced Research Projects Agency (DARPA) to keep up with the erstwhile USSR’s success with Sputnik. In fact, the Italian-American economist Mariana Mazzucato has shown how almost every major component in the iPhone is a product of state-led innovation.

Historically, entrepreneurship has not just been about individuals with big ideas being at the right place at the right time but, more importantly, of planned, collective efforts to pursue human curiosity even when no end was in near sight. NASA’s ambitious space exploration programme Landsat, underwritten by the US taxpayer since 1972, contributes much of the real-time data to monitor climate change today. In fact, the climatologist James Hansen sparked a major public debate over global warming in 1988 after years of studying greenhouse gases in the atmospheres of Venus and Mars.

Consider another instance from the world of medicine: before the mass production of penicillin, appendicitis meant sure death and pneumonia had a 30% kill rate. Let us not forget that while pharmaceutical titans such as Pfizer were hesitant to tame the mould being marketed by the biochemists Alexander Fleming, Ernst Chain and Howard Florey, it was only after the US War Production Board’s forceful takeover of private research and manufacturing units that penicillin production could be ramped up to serve in the war against Adolf Hitler’s fascist army.

However, if we turn to India and much of the Global South, such investment and planning in the basic sciences has been lacking. In 2019, UNESCO reported that only 10 countries account for 80% of the $1.7 trillion spent globally on advanced research and development – 46.1% in North America and western Europe versus 0.8% in sub-Saharan Africa and 0.1% in central Asia.

Even as formerly colonised Asian and African nations have increased the number of graduates and doctorates produced multi-fold, as early as 1975, the UNCTAD flagged the new drain of cheap scientific and technical manpower to the economically developed countries. In fact, this ‘brain drain’ has remained proportional to the educational aid taken from developed countries since the mid-1960s.

Despite these failures to advance indigenous knowledge systems or modernise research in the Global South, policymakers here continue to prioritise ‘applied research’, as epitomised by the IITs, over the basic sciences.

This is precisely what the thousands of scientists and scholars who have marched every year since 2017 against fund cuts in advanced research have warned of. The Indian ‘Marches for Science’ have pointed out that a measly 0.3% of GDP allocated by the Centre for science research has been straining the few fellowships for scientists that exist under the Departments of Science and Technology (DST), of Biotechnology and the Council of Scientific and Industrial Research.

During the COVID-19 lockdown in 2020, physics student Aishwarya Reddy in DU’s Lady Shriram College for Women died by suicide after the Union science ministry withheld her DST-INSPIRE fellowship. None of these trends, which former VC Dinesh Singh himself is complicit in abetting, figure in his search for India’s Cambridge University.

The only ray of hope for India’s dying entrepreneurial spirit, for Singh, is that the NEP 2020 revives the FYUP experiment he began in 2013. He buttresses his endorsement with the instance of a “data and mathematics-based start-up that three second-year undergraduates” – in DU’s Cluster Innovation Centre – “set up in 2013 and which has now received multimillion-dollar funding in the US”.

FYUP extends the current three-year undergraduate programme and allows students to exit the course with a diploma (after two years), graduation (three years) or graduation with honours (four years). What was earlier considered ‘dropping out’ due to financial constraints magically becomes an ‘exit option’ under FYUP.

In 2014, the roughshod reform had to be scrapped by the University Grants Commission after widespread opposition from students, parents and teachers, including from the Rashtriya Swayamsevak Sangh’s own student wing.

But the attempt to resurrect FYUP in DU today is couched in a language of “flexible” and “multidisciplinary” learning – phrases that sound utopian in India’s ossified education system. On August 24, DU’s Academic Council ratified FYUP for adoption next year, along with the multiple entry-exit scheme and the academic bank of credits. Read together: students will take only around 42% of their total coursework, called ‘core’ courses, from DU and will have the option to shift the remaining online, from other government or private universities.

However, we saw in 2013 that students enthused by the prospect of exploring multiple fields under FYUP soon discovered that a number of mandatory “foundational courses” – basic skills such as communication, computer literacy and so on – had been forced into their timetables. Someone leaving with a two-year diploma would only get this minimum skilling. Consequently, she would suffer in the job market when competing with those who could bear the additional expense of two more years of education to get an honours degree.

A report on NEP 2020 by the student organisation ‘COLLECTIVE’ 1 noted that in one stroke, FYUP had “strengthened the hierarchy between [a] pass course and [an] honours degree and also created a lower third-tier, of the diploma” in the name of multidisciplinary learning.

The former VC continues to place his eggs in the FYUP basket and is hopeful about the NEP. More broadly, proponents of FYUP and the NEP have been arguing that the lack of entrepreneurial spirit is just a cultural malaise specific to state-funded universities. In doing so, they are covering for a lack of affordable higher education today that has been and is denying young Indians the opportunity to nurture their abilities and depriving the country of discovering many talents.

These experts are endorsing the Union government’s magic fixes while simultaneously calling for public investment in education to be scaled back in the name of granting financial autonomy to institutes. But by advancing the golden bullet of privatisation as a cure for all maladies, they will sacrifice the head to save the body.

Amartyajyoti Basu and Ankan Barman are associated with COLLECTIVE, a student-youth organisation in Delhi.

Which the authors of this article are affiliated with↩

The post FYUP Does Not Solve the Fund Crunch in Basic Science Research appeared first on The Wire Science.

“Up, Up and Away”: DC’s Superman Begins Fresh Legacy, Comes Out As Bisexual In New Issue