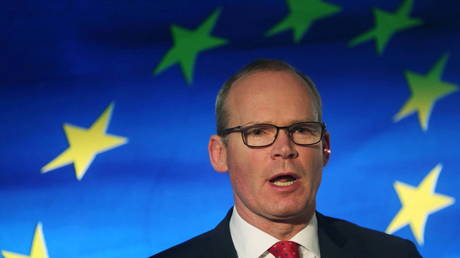 The European Commission proposal to alter the troublesome Northern Ireland Protocol will involve the removal of most post-Brexit checks in a “genuine” effort to resolve concerns, according to Ireland’s foreign minister.

Speaking on Wednesday, Ireland’s Foreign Minister Simon Coveney said a package of measures to be unveiled later in the day could see a significant reduction in customs controls, citing the EU’s proposal.

Coveney told the Irish national broadcaster, RTE, that checks on sanitary and phytosanitary goods (concerning plant, animal health and food product safety) would be removed if adequate data sharing and labelling was introduced.

The foreign minister also added that the EU proposals would make it “crystal clear” that medicines coming into Northern Ireland from Britain would not be blocked by Brussels; he said this required a change of EU law.

“This is a major intervention by the European Commission and a very genuine effort to try to resolve the concerns that many people in Northern Ireland have expressed,” Coveney added.

The Northern Ireland Protocol, a post-Brexit arrangement under which the region remains in the EU single market and customs checks are imposed on goods coming in from the rest of Britain, was introduced as a means of avoiding reintroducing a hard border between Northern Ireland and the neighbouring Republic of Ireland. It was signed off by the UK and the EU as part of the former’s Withdrawal Agreement. However, unionists in Northern Ireland and the government in London have demanded Brussels return to the negotiating table to work on an amended agreement.

Speaking on Tuesday, UK Brexit Minister David Frost said he thought the EU’s initial proposal would fall short of the mark and hoped for a few weeks of brief, but intense, discussions to reach a more flexible outcome.