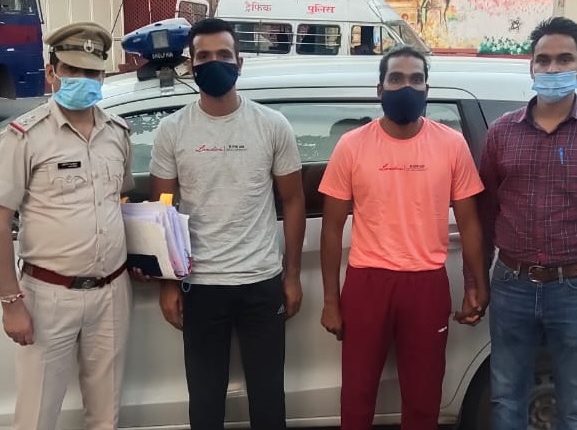 Two cricketers, including a Ranji player, were arrested here on Tuesday for their role in a cricket scam.

Economic offence wing (EOW-2) of Gurugram police has issued notices to the office-bearers of different state cricket associations to join the investigation. The arrested persons, Anurag Rana and Danish Mirza, were produced in a city court which sent them to judicial custody.

Mirza is director of MPS cricket academy, Muradabad. He is a batsman and was playing from a club of West Bengal in past. Rana is also an all-rounder cricketer.

The EOW has issued notices to more than a dozen suspects and some of them have already joined the investigation. Three main accused Ashutosh Bora, Chitra Bora and Nitin Jha were arrested initially. Later, a Dehradun-based coach, Kulbeer Rawat, was also nabbed. Chitra Bora has moved to Punjab and Haryana High court for bail while his two bail pleas were rejected by the Gurugram court.

“During the interrogation, EOW had found probative evidence against Danish Mirza and Anurag Rana to show that Anurag Rana met a young cricketer and took Rs 5 lakh from him with the assurance that he will get him a place in bowling in IPL. In this regard he spoke to Danish Mirza, who had been allegedly duping young cricketers for money in exchange for a place in bowling in IPL cricket, wherein he agreed and Rs 5 lakh was transferred by Anurag Rana to Danish Mirza,” said complainant’s advocate Jaikush Hoon.

On September 4, EOW-2 had busted a gang for allegedly duping aspiring cricketers of several lakhs promising them selection in various teams and tournaments. Five accused have been arrested and many are under scanner.