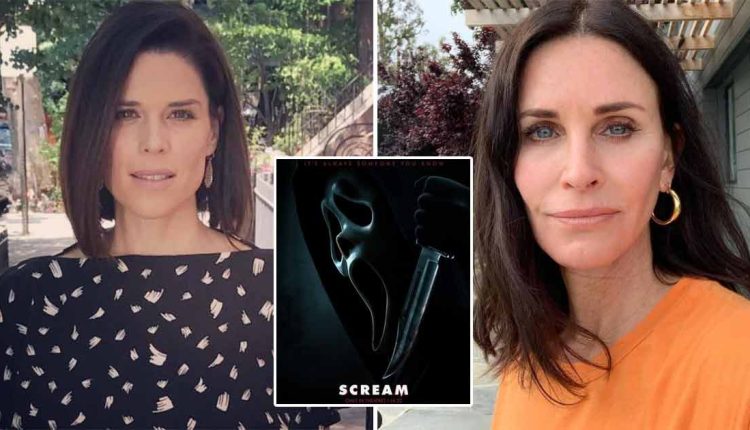 A trailer for the fifth installment of the ‘Scream’ franchise has arrived, promising a new, bloody adventure with the beloved characters. Neve Campbell’s Sidney Prescott, Courteney Cox’s Gale Weathers, and David Arquette’s Deputy Dewey Riley are back for the slasher

Also with a new cast of characters, many of which will probably not make it to the end credits with a new Ghostface killer on the loose.

The trailer begins with a scene mirroring Drew Barrymore’s iconic opening to 1996’s ‘Scream’, but this time Ghostface texts newcomer (Jenna Ortega) before disabling the alarm system, breaking into her house, and presumably murdering her, reports variety.com.

Daniel Craig To Turn A Villain For MCU Post Retiring As James Bond? Surprising Deets Inside!
Dean Cain Is Unimpressed With ‘Bisexual’ Superman: “I Don’t Think It’s Bold Or Brave…”

The original characters explain to the traumatised newbies that Ghostface always targets people related to the original cast. Sidney (Neve Campbell) prepares for another bloody showdown with the killer, saying: “I’ve been through this a lot.”

In the trailer, Dewey tells Sydney over the phone: “It’s happening. Three attacks so far. Do you have a gun?”

To which Sidney replies: “I’m Sidney Prescott, of course I have a gun.”

The original ‘Scream’ premiered in 1996 and was directed by the late Wes Craven.

It starred Campbell as Sidney Prescott, a high schooler targeted by a masked killer named Ghostface who was obsessed with 1980s horror movies.

Following its success, ‘Scream’ went on to have three more installments, each starring Campbell, Cox and Arquette and directed by Craven.

After Craven’s death in 2015, many including Campbell were left skeptical that the film would ever return.

“I had been really apprehensive about doing another one,” Neve Campbell told Jamie Lee Curtis in Variety’s special “House of Horror” conversation.

It was a note from directors Matt Bettinelli-Olpin and Tyler Gillett, who helmed 2019’s horror-comedy ‘Ready or Not’, that changed her mind.

The new film’s screenplay has been written by James Vanderbilt and Guy Busick, and it is being co-produced by Paramount Pictures and Spyglass Media Group, with Spyglass overseeing production.

Must Read: Angelina Jolie Seen With Her Ex Jonny Lee Miller Amidst Dating Rumours With The Weeknd

The post Courteney Cox & Neve Campbell Are Back For A ‘Bloodier’ Slasher Scream 5 appeared first on Koimoi.

Sayani Gupta On Her Idea Of ‘Happily-Ever-After’: “It Has To Be A Partnership & That Doesn’t Come Without Quarrels Or Differences”

Ed Sheeran may take year off

Barcelona ready for King’s Cup game with tension over…