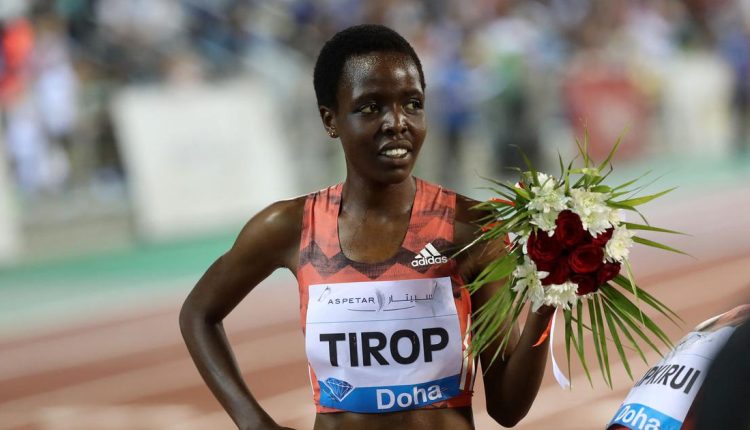 Police said they were on the hunt for her husband over the incident at Tirop’s home in the high-altitude training hub of Iten in western Kenya.

Tirop, 25, was a fast-rising athlete – a double world 10,000m bronze medallist and 2015 world cross county champion who also finished fourth in the 5,000m at the Tokyo Olympics this year.

Only last month, she smashed the women-only 10km world record at the Road to Records Event in Germany, with a time of 30:01, slicing 28 seconds off the previous record, Athletics Kenya said.

Tirop also made history in 2015 when she became the second-youngest ever gold medallist in the women’s cross country championships after Zola Budd.

“Kenya has lost a jewel who was one of the fastest rising athletics giants on the international stage, thanks to her eye-catching performances on the track,” Athletics Kenya said in a statement.

“We are still working to unearth more details about her demise.”

Keiyo North police commander Tom Makori told AFP that Tirop’s husband Emmanuel Rotich was a “man of interest” in the case and was the subject of a police hunt.

“He can tell us what happened,” Makori…

Quick Heal 1st Indian firm to get US patent for…

1 dead and at least 16 injured after HUGE explosion rocks…