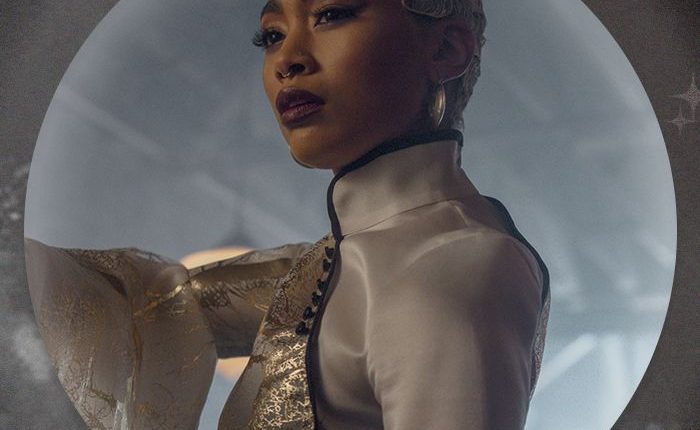 In children’s fairytales and antique Halloween decorations, witches are often depicted as old, haggard, and “ugly,” with warts on their noses and missing teeth that are revealed when they let out an evil cackle. But witches have come a long way since then—many of them are even beauty icons. (Hello, haven’t you ever admired the way the Evil Queen in Snow White worked that red lip and purple cut-crease eye shadow?)

Just like real-life witches, the ones that we see in movies and TV shows wear all sorts of makeup, serving inspiration aplenty for a last-minute Halloween costume if you’re in need of one. Yes, there are plenty who have the typical glamour-goth look, with long black hair, and black or red lipstick. But, there are also many who prefer a more neutral eye and lip. Either way, there’s a witch beauty icon for everyone, whether you lean more towards Glinda the Good Witch, or Wicked Witch of the West (hey, green foundation could be the next TikTok trend, you never know!).

Ahead, nine pop culture witches with iconic makeup to copy for Halloween (and beyond!), plus all the products you need to recreate their signature looks. Keep scrolling!

Ever since she uttered the legendary line, “We are the weirdos, Mister,” Nancy Downs, The Craft’s unforgettable villain, has been the epitome of witch goals. From her wardrobe to her walk, Nancy never did things subtly, and that extended to her makeup. In typical ‘90s fashion, the foundation and powder she used to attain her ghostly pale complexion was mannequin-esque matte (so forgo any urge to create a dewy glow on yours). Lips were either a berry-red shade or a stark contrast of black lip liner filled in with dark red lipstick. Nancy’s haunting, ice-blue eyes were exaggerated by her liner, so don’t be afraid to go heavy-handed on the pencil liner and mascara.

In makeup and personality, Rochelle and Nancy were at opposite ends of the spectrum. Where Nancy took risks with her makeup, Rochelle’s aesthetic was more subtle, choosing to mostly play with lipstick, from grayish-blacks to muted berry hues. Her once-in-a-while eye look consisted of brown eye shadow without liner, and she painted her nails with a dark shade of polish, of course. (You’d never see any of the Craft girls with pink talons!) If you don’t want to go black with your nails, try Chanel “Vamp” polish, for more of that ‘90s, bad-babe vibe.

In Practical Magic, Gillian, played by Nicole Kidman, has a more sultry look than her sister Sally (Sandra Bullock), which makes more sense since she’s more of the adventurous rebel one of the two. Her smoky eye shadow consisted of a blended white and gray look, while her face was done up in a matte base and a subtle orange blush. For lips, Gillian either did a soft pink or an orangey-red. It’s an easy look to replicate, especially if you already have red hair!

One of the newer witchy beauty icons, in 2016’s The Love Witch, Elaine, (Samantha Robinson) is the perfect example of a witch who doesn’t have the textbook all-black-everything appearance. There’s no black lipstick or heavy eyeliner; instead, her makeup takes on a more psychedelic ‘60s, mod-inspired feel. Bright blue (or purple) shadow, a thick, winged eyeliner, and lush, full lashes (preferably falsies) make up the eyes, while, a nude-pink gloss or orangey-coral lipstick tops the look off. If you love color, this might be the witch for you!

Sabrina may be the star of the show, but when it comes to makeup that’ll make any witch stop dead in her tracks with envy, that’s all Prudence Blackwood (Tati Gabrielle). The HBIC of the Academy of Unseen Arts looks like a flapper girl gone goth with her perfect blonde finger waves, smoky eye shadow, and a dark berry lip. She also has the most amazing brow game, so a pencil that can deliver a strong brow is absolutely necessary.

It might be hard to follow in the footsteps of the original Craft beauty icons, but the entire cast of The Craft: Legacy, particularly Zoey Luna as Lourdes, does a pretty dang good job. Teen witch Lourdes tends to gravitate towards neutrals, especially when it comes to lips, but her eye shadow can range from warm browns to a silver and gray smoky eye with a dramatic cat-eye and mascara.

There are a lot of fierce witches in AHS: Coven, from Emma Roberts as Madison Montgomery to actual Stevie Nicks, but no one compares to Angela Bassett as Marie Laveau. Pay tribute to the incomparable voodoo queen with a kohl black eyeliner, dark red or berry lipstick, and a prominent brow. Keep foundation light and natural, and set with a dewy spray.

If you’ve decided that a witch done up in technicolor makeup is more of a kindred spirit than one in an alluring smoky eye, it’s time to pay your respects to none other than Endora from Bewitched circa the 1960s. Always stirring up trouble with her mischievous magick, Endora’s makeup is as fun as her hijinks. Intense blue eye shadow is accented with an equally dramatic winged eyeliner that extends to the inner corner of the eye and filled in with white pencil (similar to how Elvira does her eye look). Paint your pout with a vivid orange lipstick and you’ll be ready to cast some spells in no time.

Before Sarah Jessica Parker was Sex and the City’s style icon, she was vamping it up as one of the evil Sanderson Sisters in Hocus Pocus (she’s on the right!). Like some of the other witches in this list, her look consisted of a good brow and dark red or berry lipstick. ColourPop’s Hocus Pocus-themed collection is more than fitting for this look, so recreate Sarah’s mauvey-brown eye shadow and berry lip using the brand’s Witching Hour palette and Tonight We Fly lip creme.

Next: This “Intimidating” Shade Is Pretty Much the Chicest Way to Elevate Your Nails

‘Perturbed’ by many persons ‘politely declining’ to be part of Pegasus probe panel: Chidambaram