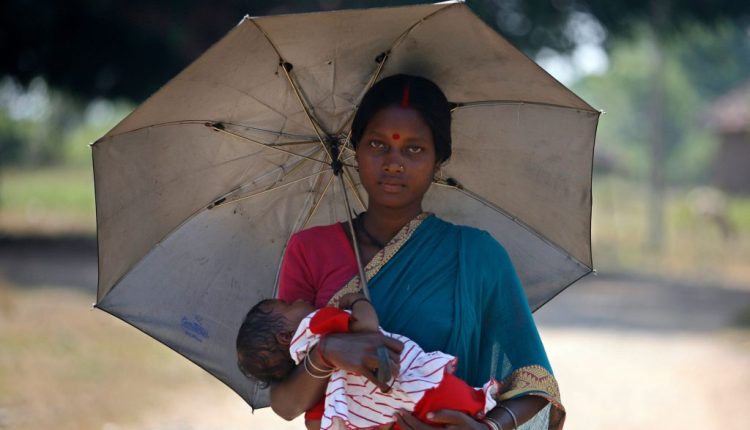 NITI Aayog and a clutch of other organisations, including UNICEF, have launched a report with ‘nutrition profiles’ for 19 of India’s states and UTs.
The report details how the number of children with wasting, stunting and underweight issues and anaemia has gone up in most of these states.
One important big-picture finding is that India continues to miss a NITI Aayog target to reduce the number of underweight children by 3% per year from 2017.

On September 30, 2021, NITI Aayog and the International Food Policy Research Institute, the Indian Institute of Population Sciences, UNICEF and the Institute of Economic Growth launched a report entitled ‘The State Nutrition Profiles’ for 19 of India’s states and Union territories.

This report provides useful information on the prevalence of various nutrition outcomes, like wasting, stunting, anaemia, etc., based on data from National Health Family Surveys (NFHS) 4, conducted in 2015-2016, and 5, in 2019-2020.

It is aimed at helping policymakers identify critical areas for urgent intervention among children, women and men.

Child undernutrition is broken up into four groups: stunting, wasting, underweight and micro-nutrient deficiency. Together, they are responsible for 45% of deaths among children younger than 5, so it is important to discuss the current state of these indicators.

A child is stunted if her height is 2 standard deviations below the median height for her age, based on the WHO reference. Stunting is considered a sinister form of child malnutrition because it has irreversible cognitive and physical consequences and, unlike other indicators, it can be hereditary.

This is also why stunting is an indicator of chronic or recurrent childhood undernutrition. And as an indicator, it is associated with inadequate diets/feeding in early life, as well as poor maternal health and nutrition and subpar sanitation.

According to the report, 11 out of 19 states have reported an increase in the percentage of stunted children from NFHS 4 to NFHS 5.

Figure 1: Percentage of under-5 stunted children. Plot: Authors provided/NFHS 4 and 5

Wasting is defined as low weight-for-height, and is an indicator of more recent undernutrition, since weight is more susceptible to recent changes in diets and to infections.

The main causes are often immediate factors like inadequate quantity or quality of food, along with prolonged exposure to infections. Of all the indicators of undernutrition, wasting is most associated with a higher risk of child deaths. Ten out of 19 states have reported a rise in the percentage of wasted children between the two surveys.

Figure 2: Percentage of under-5 wasted children. Plot: Authors provided/NFHS 4 and 5

An underweight child has low weight for her age. Such a child can be stunted and/or wasted. And like with wasting, this variable is also susceptible to recent changes in diets and/or diseases, so any increase in underweight would mean the child is unable to meet her daily caloric and/or micronutrient requirements. Thirteen of 19 states reported a higher percentage of underweight under-5 children from NFHS 4 to NFHS 5.

An anaemic child has insufficient red blood cells or haemoglobin in the body. Haemoglobin is used to transport a protein that helps red blood cells carry oxygen to other cells in the body. The NFHS tracks iron-deficiency anaemia (IDA). Iron is required to make haemoglobin, and IDA is also the most common cause of anaemia. Among children, it results in fatigue, dizziness, shortness of breath and reduced cognitive development.

India has reported the highest reversal in anaemia – among all other undernutrition outcomes – as 17 of the 19 states have reported a higher percentage of anaemic children younger than 5 years in NFHS 5 than in NFHS 4.

Figure 4: Percentage of anaemic children under 5. Plot: Authors provided/NFHS 4 and 5

In 2017, the NITI Aayog had launched a ‘National Health Strategy’ which laid out a vision called “Kuposhan Mukt Bharat”. It described a strategy to reduce the prevalence of underweighting among children younger than 3 years by 3% per year and to reduce anemia among children and women by 33% (from NFHS 4 levels).

As the NFHS 5 data shows (see plots above), these objectives will not be met. So India needs a revised set of objectives to combat child malnutrition. One way could be to link India’s goals with the internationally recognised Sustainable Development Goals (SDGs), especially, SDG 2.2 – ‘ending all forms of malnutrition by 2025 for children under 5’. This recognition of objectives could help the government prioritise its investment and can serve as a base to track progress in statuses for future reports.

Next, while we think the new ‘The State Nutrition Profiles’ report is thorough, rigorous and grounded in the nationally and sub-nationally representative NFHS data, its findings will be rendered meaningless without urgent follow-up. To this end, the Indian government could identify states as ‘red’, ‘yellow’, or ‘green’ in terms of need for quick policy intervention.

The NFHS 5 data also gives policymakers ample opportunities to design policies of varying rigour not just for different states, but also for districts within those states. Such insightful granularity in the data should be put to good use.

Among the world’s countries, India has the most malnourished children as well as has reported a rise in the fraction of undernourished children. We must treat this as an alarm bell. The report has done a remarkable job of narrowing down the areas for policy intervention down to the district level. It is now up to the local, state and Central governments to work together and intervene effectively.

Payal Seth is a consultant at the Tata-Cornell Institute. Palakh Jain is a PhD scholar and an associate professor at Bennett University.

The post What NITI Aayog’s New Nutrition Report Tells Us About India’s Health Strategy appeared first on The Wire Science.