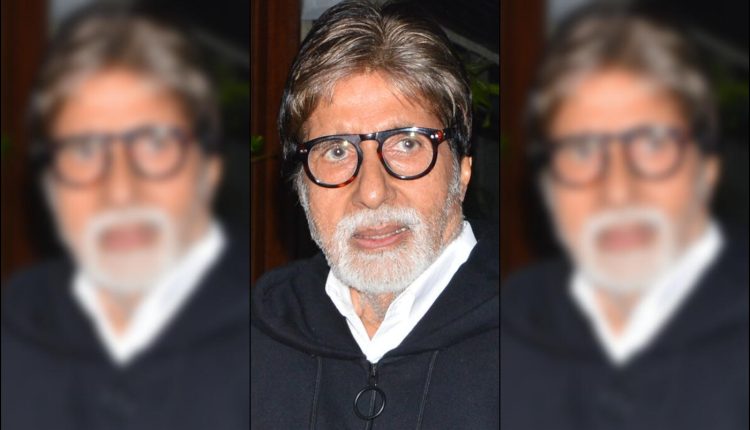 Pan masala is a smokeless tobacco product, and is addictive and carcinogenic.
The law prohibits advertisements for products that are harmful to consume, so their marketers have found ways to advertise them indirectly.
The marketing strategy of the pan-masala industry has two main forms: brand extensions and celebrities, and it is here that film stars play a role.

In hindsight, Amitabh Bachchan made the right decision. He walked out of a contract that promoted pan masala. Based on his statement, he said he was involved in surrogate advertising which, as he realised, contravened a law.

Tobacco is big business in India and elsewhere, and the tobacco lobby is one of the most powerful in many countries. Pan masala, an Indian product innovation, is a segment of a larger tobacco domain called smokeless tobacco. Cigarettes and bidi products make up the other segment.

The smokeless tobacco segment consists of a host of products that are sold in packaged or loose form, are manufactured by a variety of players – many of them not well-known – and invite little or no increase in taxes from both the Central and state governments in every year’s budget.

Both segments of the industry, smoke and smokeless, are under increasing scrutiny by the government, anti-tobacco crusaders and civil society. Both segments have therefore resorted to more subtle, sophisticated and devious means of promotion – to beat the law and to evade a growing number of health-conscious critics.

Kingfisher is an apt example of surrogate advertising. It promoted bottled water, soda and a calendar to push sales of its liquor brand. Former Union health minister Anbumani Ramadoss objected to the Bangalorean Indian Premier League cricket team being called the ‘Royal Challengers’. The name, as is evident, reinforced the recall value of the liquor brand ‘Royal Challenge’.

As indicated, pan masala is a smokeless tobacco product. It is addictive and carcinogenic. At one time, it mixed tobacco with several other ingredients. The government therefore banned its use and advertising. Since then, pan-masala manufacturers have been selling tobacco separately and developed non-tobacco products, such as mouth fresheners, to sell under the same brand name.

The ban on advertising has had some impact on public awareness. The second round of the 2016 ‘Global Adult Tobacco Survey India’ report showed that smokeless tobacco manufacturers use a variety of means to get their message across. Almost 21% of India’s 70,000+ samples, drawn from 30 states and two Union territories, had reported an advertisement or promotion of smokeless tobacco products in the last 30 days of the survey.

The highest fractions of the population exposed to these promotions were in Odisha (39.8%) and Uttar Pradesh (36.7%). The states with the lowest exposure  were Kerala (2.7%) and Andhra Pradesh (1.3%).

The survey revealed another important insight. More men than women, more young adults than old, more urban adults than rural, and more current users were exposed to the promotional materials. So a variety of factors drive selective exposure – and simply banning a product from mass media can only serve a limited purpose.

Pan masala may well rely on selective exposure. It is big business: the total market for pan masala is valued at above Rs 45,000 crore. Despite the advertising ban and growing health consciousness, its size is expected to rise to around Rs 70,000 crore by 2026.

The marketing strategy of the pan-masala industry is based mainly on two planks: brand extensions and celebrities. The objective is to retain existing customers and entice new ones, especially young adults.

It is here that film stars play a role. Well-known actors such as Amitabh Bachchan, Shah Rukh Khan, Hrithik Roshan, Ajay Devgan, Saif Ali Khan, Anushka Sharma and Priyanka Chopra, among others, have endorsed pan masala or their extensions. And celebrities continue to appear in similar advertisements despite the Advertising Standards Council of India’s guidance: that “celebrities should not participate in advertisements of products which by law require a health warning in their ads or packaging”.

In this context, Bachchan deserves our accolades. It is true that his action was not motivated by a higher moral calling but by fear of crossing a law. Nevertheless, he took the right decision and paved the way for others to follow. And for these others, it may be worthwhile to remember the words of advertising tycoon Leo Burnett:

“Let’s gear our advertising to sell goods but let’s recognise also that advertising has a broad social responsibility.”

The post Pan Masala and Surrogate Advertising: Amitabh Bachchan Did the Right Thing appeared first on The Wire Science.

Boeing tells all US employees to get their Covid-19 jabs by December 8, to comply with Biden’s order for federal contractors