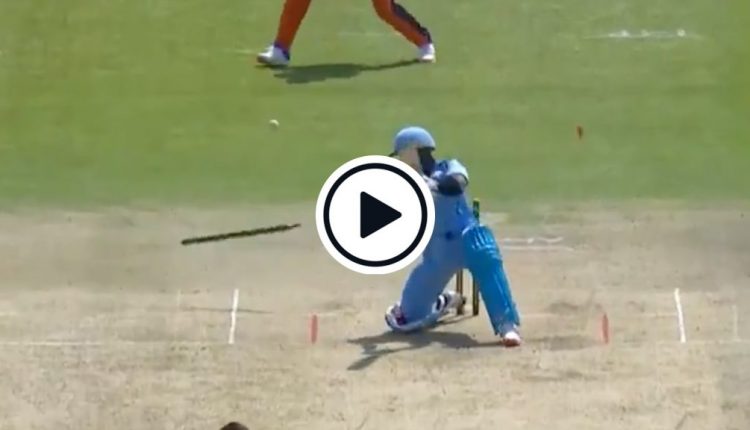 A domestic T20 game in South Africa saw to a bizarre hit-wicket dismissal as the batter smashed his own off stump out of the ground.

Batting for Titans in their CSA Provincial T20 Cup clash against the Knights, Ayabulela Gqamane was on 12 and aiming to give his side a strong finish in the penultimate over of his side’s innings.

But his innings came to an end in unusual fashion as he looked to attack a wide delivery from Migael Pretorius. Gqamane ended too far back in his crease as he unleashed a flashing cut – instead of sending the ball racing away for four, he sent his off stump flying.

“He’s gone deep in the crease and destroyed the timber!” exclaimed one of the commentators. Titans finished their innings on 143-8, a score that proved not to be enough as the Knights chased down the target with five balls to spare.

T20 World Cup winners: List of past champions, semi-finalists and Players of the Tournament

Bush Sr.’s coffin back in Texas for final farewell