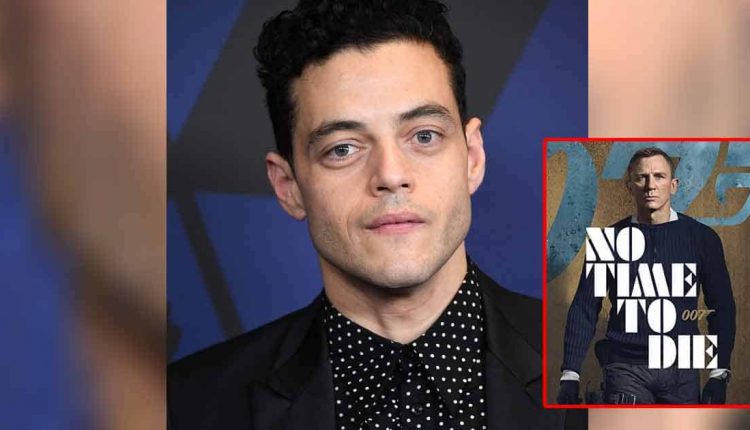 Oscar-winning actor Rami Malek has spilled the beans on working with Hollywood star Daniel Craig in the James Bond film ‘No Time To Die’.

‘No Time To Die’ is releasing on September 30 in India. The film will have Craig playing the suave spy for the final time. Joining the cast is Malek, who plays the villain Lucifer Safin in the movie.

Talking about working opposite Craig, Malek said: “It was everything you’d want me to say. And more. He’s very giving. He’s so dedicated and so I think he appreciates it when he sees that reciprocated, as it was, by all the actors on the set.”

Rami Malek added: “When you come into someone’s home you have to be extremely respectful and 007, James Bond, is Daniel’s home. He was incredibly generous, very gracious, and also exceptionally detail-orientated and he made it a hell of a lot of fun. Good bloke.”

Playing the role of Lucifer Safin, Malek added: “He’s manipulatively charming and his evil takes form in ways beyond the confines of so many villainous stereotypes. When building the character Cary (Director) and I talked about what would terrify us; when we’re sitting in that cinema what collectively, as human beings, would truly unnerve us, what would give us chills.”

“The fundamental answer to this was finding a truth to the villainy. Something that makes it frighteningly possible. He’s not a cackling mastermind, he’s fastidious and precise in his kills.”

The movie will release in English, Hindi, Tamil, and Telugu on September 30.

Must Read: Will Smith Confesses Having Relationships Outside His Marriage While Addressing Wife Jada Pinkett Smith’s Affairs

Nadal holds off Tiafoe challenge to seal semi-final berth at…