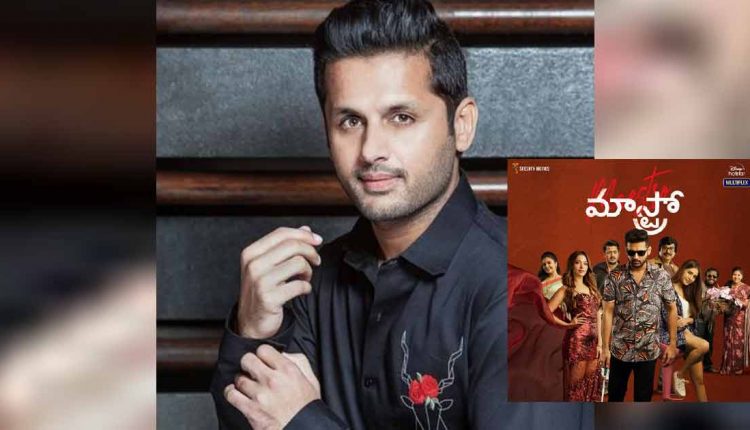 Nithiin On Maestro: “I Didn’t Do Any Preparation For This Film…” – Deets Inside (Photo Credit: IMDb & Instagram)

Telugu actor Nithiin is currently basking in the success of his recently released film ‘Maestro’. However, what’s more, interesting is that, unlike other actors, he didn’t dive deep into the preparation of the film. Instead, he let the acting have an organic flow.

Directed by Merlapaka Gandhi, ‘Maestro‘ is the official Telugu remake of the Hindi film ‘Andhadun’. It was released directly on Disney Plus Hotstar.

Talking about his character as a blind pianist, Nithiin tells IANS: “To be honest, I didn’t do any preparation for this film. I wanted to but because of the schedule I couldn’t. I have seen other actors play such parts. My director guided me thoroughly because he had done his homework well. He guided me about how my hand movements are going to be or how my head should nod.”

Adivi Sesh Is Back At Home After Recovering From Dengue

So did he face any challenges when the shoot began?

“This film is a challenge for me because the script is so fantastic and the biggest challenge was for me to not get challenged by the original film. So, I performed this role how I would have done it without getting influenced by Ayushmann’s (Khurrana) performance,” shares the actor.

Although he personally enjoys the theatre experience, Nithiin feels that in coming times OTT and theatres can thrive together.

“Reach of any project is definitely wide and larger because of this OTT but I personally prefer watching the film in big screens and theatre. However, OTT also has its own plus points. So, both the platforms will have a parallel run, I feel,” he says.

Must Read: Prabhas Trolled For His Look Yet Again; Netizens Call Him “Chhota Bheem” This Time!

The post Nithiin On Maestro: “I Didn’t Do Any Preparation For This Film…” appeared first on Koimoi.

Up to £80m on the table in University of Nottingham’s…