Melissa McCarthy On Using ‘Reverse Psychology’ As Parenting Weapon: “I Just Screwed Myself” 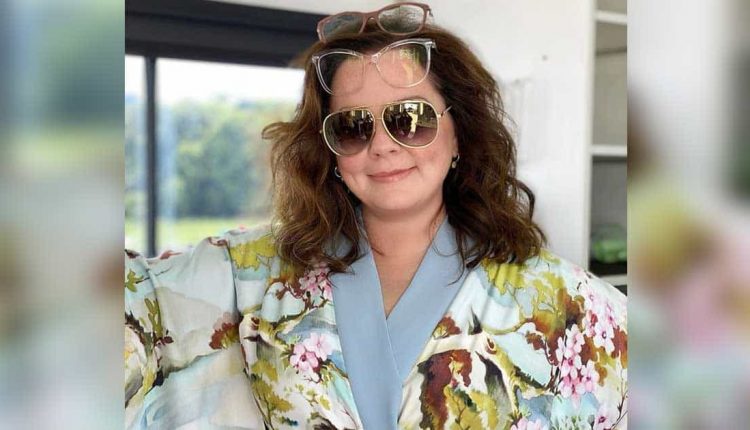 Actress Melissa McCarthy and her husband Ben Falcone use “reverse psychology” as one of their parenting secret weapons.

The couple has two daughters, Vivian and Georgette. And whatever thing they may do, especially when it comes to their appearance, she totally backs it in order to take the shock factor away from their actions, reports femalefirst.co.uk.

Georgette is an anime fan and regularly puts a streak of yellowface paint across her eyes, whilst she has also dyed her hair blue to little reaction from her famous mother Melissa McCarthy.

Will Smith Opens Up On Turning Down Quentin Tarantino’s Django Unchained: “I Didn’t Want To Make A Slavery Film About Vengeance”
James Bond Fans, Wait Until 2022 To Know Who’s The Next After Daniel Craig! No Time To Die Producer Makes A Big Statement

Appearing on ‘The Ellen DeGeneres Show‘, Melissa said: “I think they’re always waiting for me to be like, ‘Wait a minute!’ But instead, it’s like, ‘Yeah, you want a neck tat?’

“I drew art up and down their arms when they were 19 months. I’ve given them henna pens so they can do whatever.”

Referring to the blue hair incident, Melissa McCarthy shared: “She wanted me to be like, ‘This is outrageous!’ I’m like, ‘Great! We can shave half of it off’.”

McCarthy is certain that her technique will continue to reap rewards and eventually her two girls will get bored of trying to shock their parents.

Melissa McCarthy said: “That’s my theory. If I just keeping being like, ‘do more,’ they’ll get so bored with it. Now that I’m announcing my reverse psychology, I just screwed myself.”

Must Read: Khloe Kardashian Shares Missing ‘Being Paid’ To Be Around Her Famous Family After Their Reality Show KUWTK Ended

The post Melissa McCarthy On Using ‘Reverse Psychology’ As Parenting Weapon: “I Just Screwed Myself” appeared first on Koimoi.

Adarsh Gourav On Working With Siddhant Chaturvedi & Ananya Pandey In ‘Kho Gaye Hum Kahan’: “It Is Such A Productive And Constructive Environment To Be In”