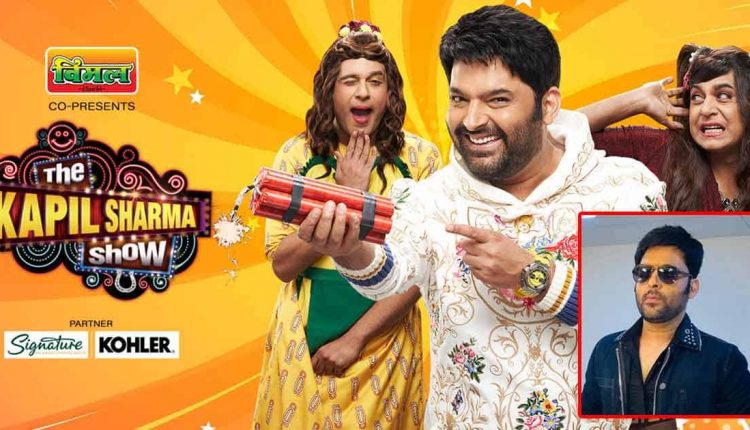 Kapil Sharma Claims That He Has Stopped Trusting People, Speaks About How He Shut Down His Own Show (Photo Credit: Sony Liv & Instagram)

Famous Comedian Kapil Sharma’s hit show, The Kapil Sharma Show has now completed over 500 episodes. The comedy show has been a super hit among the spectators ever since it went on air on Colors with the title Comedy Night With Kapil.

Well, the comedian has now shared the story behind the origin of his comedy show. he has also shared how he withstood the tough phase of his life when he had to shut down the show that gained him fame among the audience.

Opening up about the period when he was written off and his show went off air, Kapil Sharma said he learned a lot from that phase of his life. “At that time, I stopped trusting people. They would say something on my face and something else behind my back. I shut my show down even though nobody asked me to do so,” Kapil said.

Indian Idol 1 Winner Abhijeet Sawant Reveals Sleeping In Car, Buying A Rolex Which Won’t Even Fit & Regrets Working For Money
Scam 1992 Fame Pratik Gandhi On His Struggles: “Suddenly The Whole Family Was Homeless… To Quit Your Stable Job & Get Into Something Like…”

When at the risky moment, it was Kapil Sharma’s wife Ginny who supported him. Kapil values her for being his “strong pillar” as his mother “had no idea about what mental illness is, she is an innocent person from a village.” Kapil also said that he himself was not aware of mental illness and got the details from the media. Sharma said it was Ginni who motivated him to launch his show again.

“I decided to respond to naysayers through my show. I understood it was my show which got me the love of the audience and recognition. Till when will you keep fighting with people on Twitter? (laughs). But it was that time that taught me a lot.” Kapil added.

Kapil Sharma also revealed how his show started originally. He explained this by saying “I was called to the Colors office. They asked me if I will host Jhalak Dikhla Jaa. I asked them what will I have to do. They said you and Maniesh Paul will host it. I said fine and they asked me to meet BBC, the production house.” Kapil told this to RJ Nishant during an interview.

Kapil added, “I went there and there, after looking at me, she said, ‘Aap bahut mote hain. Aap thoda wazan kam karo (You are very fat. Lose some weight).’ I told Colors, ‘What is all this?’ Then the channel called her and told her, ‘the guy is good, let’s get him on board as host, will see about the weight later.’ So, I asked them, ‘Why don’t you make a comedy show?”

On his suggestion, the channel had asked Kapil if he has any notion, to which Kapil agreed, even though he had no idea. Kapil requested two days and went home to think about what he can do well.

“I enjoyed doing standup, sketch comedy, costume comedy. So I planned to bring together all the elements I am good at, put them in one show. I made the pitch, they asked me how long it would be. I gave them the lowdown. After standup, gags, celebrity interviews and all, five minutes’ time remained. But when the show was shot, it went up to 120 minutes. They wanted only 70 minutes of content. It became difficult for them to edit it.” Kapil shared.

He added that he and his team had planned only 25 episodes but because of the love he received from the audience, it went up to 500 episodes and is still on air.

The Kapil Sharma Show airs on Sony TV on weekends at 9.30 pm.

Must Read: Sunil Grover’s Salary At The Kapil Sharma Show Per Day Was Equivalent To Affording A New Car Every Day!

The post Kapil Sharma Opens Up On Shutting Down His Show: “Till When You’ll Keep Fighting With People On Twitter?” appeared first on Koimoi.

Adarsh Gourav On Working With Siddhant Chaturvedi & Ananya Pandey In ‘Kho Gaye Hum Kahan’: “It Is Such A Productive And Constructive Environment To Be In”

Most murders in Delhi committed by first-timers

Signal app sees surge in new users, here’s why this…