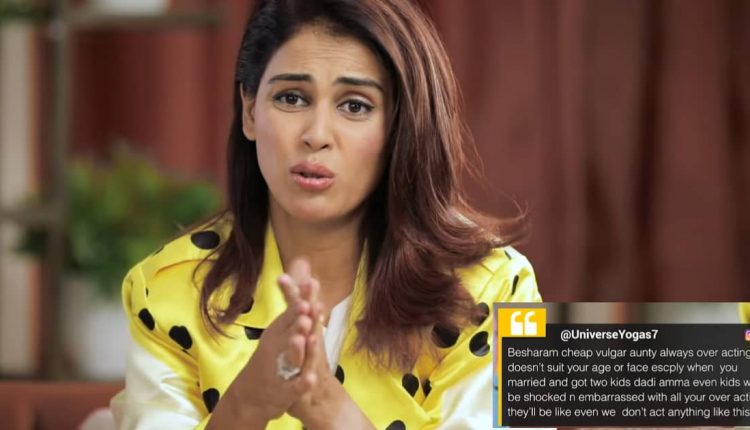 Quplay’s Pinch season 2 final episode promo is out and it features Bollywood’s power-couple Genelia Deshmukh and Riteish Deshmukh as the guests.

During the episode, Arbaaz Khan also read out a comment of a troller who called Genelia Deshmukh, ‘besharam, cheap, vulgar aunty, who overacts and acts younger than her age.’ The lady gracefully heard it and said, “I don’t think he’s having a good day at home.” She further added, “I hope you are well at your home, bhaisaab?”

Riteish Deshmukh also shared his opinion on not being reactive towards trollers by adding, “It’s okay for people to comment because you’re putting yourself out there. I don’t think one should really take it as an offence. I always write (to such trollers), love you too my friend.” Another user advised Riteish that he should concentrate on his wife. The actor replied by saying, “Even I want that you should focus on your wife more, rather than mine.”

Genelia Deshmukh even shared that Riteish Deshmukh isn’t possessive about her, so Arbaaz Khan gave his take and it left the couple laughing out loud as Khan took a pinch on himself.

Check out the promo:

The final episode of Pinch Season 2 will air on 30 September on QuPlay YouTube, ZEE5 and MyFm

Ajaz wants Gauahar-Kushal to get married