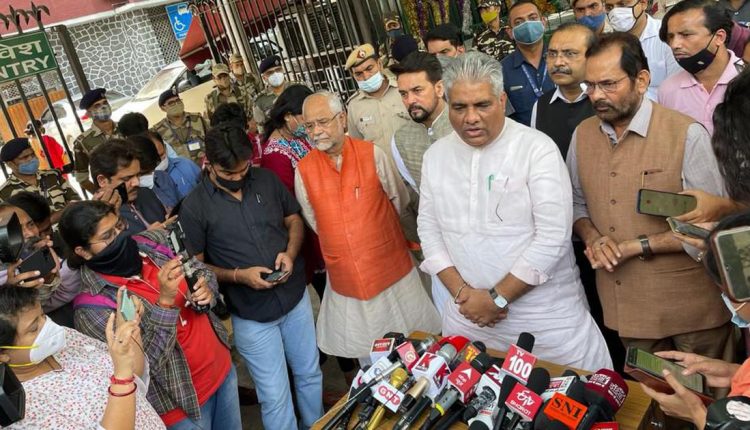 The Election Commission on Tuesday banned the gathering of five or more people under Section 144 of the Code of Criminal Procedure in West Bengal’s Bhabanipur constituency, where bye-polls will be held on Thursday, reported the Hindustan Times.

The prohibitory orders came into effect at 6.30 pm on Tuesday and will remain till the end of polling in the seat that Chief Minister Mamata Banerjee is contesting.

Earlier in the day, a delegation of the Bharatiya Janata Party had met the Election Commission officials demanding prohibitory orders be imposed in the area and central forces be deployed to ensure the order is complied with, reported PTI.

After the meeting, Yadav tweeted saying that the attack on party’s former state unit chief Dilip Ghosh and other BJP workers was shameful. “We demand strict action as Mamata Banerjee and TMC have no respect for democracy and the rule of law,” he tweeted.

Rooney aims to take up coaching after playing career ends