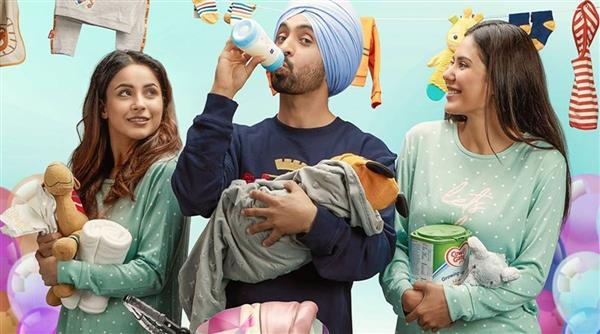 The trailer for Punjabi ‘Honsla Rakh’ was released on Monday.

Meanwhile, Shehnaaz has not posted anything on social media since actor Sidharth Shukla passed away on September 2.

Even on a big day when the trailer of her first upcoming movie with actor-singer Diljit Dosanjh was released, Shehnaaz posted nothing on social media.

Shehnaaz, who has always been seen bubbly and excited about life and everything around her, is perhaps taking time to cope with Sidharth Shukla’s death and thus staying away from social media. ‘Honsla Rakh’ marks Shehnaaz Gill’s first film after her stint on ‘Bigg Boss’ season 13.

However, support has poured in for Shehnaaz as ‘Honsla Rakh’ poster and trailer were revealed.

I wish nothing but happiness, love and success your way baby girl. May this dream project of yours be a hit hit and people adore actress Shehnaaz Gill more than ever. All the best to the whole team. ♡ #HonslaRakhTrailer pic.twitter.com/RjKVgfepJK

In the poster, Shehnaaz is seen smiling at actor-singer Diljit Dosanjh. The trailer of the movie was out on Monday at 1 pm.

The poster, released earlier, apart from Shehnaaz and Diljit, also features Sonam Bajwa. While Diljit is holding a baby and is drinking milk from a bottle, Shehnaaz is holding toys and looking at Diljit. Sonam, on the other hand, is holding baby food in her hand.

The quirky poster has for sure put a smile on people’s face.

Over 1.6 lakh passengers took flight across India on Oct.…