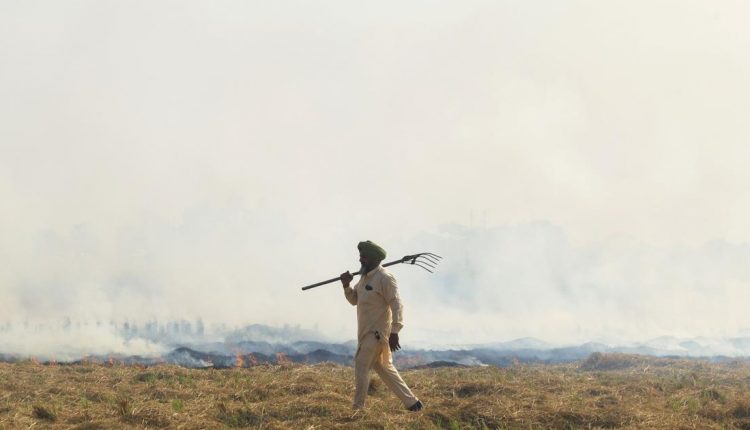 Between October and November every year, farmers in Punjab, Haryana and Uttar Pradesh have a rather short window to harvest the paddy crop planted in the monsoon and prepare their fields to sow the next crop, which is usually wheat.

Around 20 million tonnes of paddy straw is generated during the harvest. Most farmers resort to burning the stubble of the paddy in order to quickly clear the fields.

The burning of stubble in the vast fields in these states, along with the falling temperatures and decreased wind speed, contributes to air pollution in North India and particularly in the landlocked national capital.

Stubble burning can contribute between 20% to 70% of Delhi’s air pollution woes during October and November. Last year, this figure stood at 80%, claimed an official at the Delhi Pollution Control Board who did not wish to be identified.

But has the contribution of stubble burning to air pollution reduced? Maybe not.

“It is more or less the same,” said the official, adding that the problem was not limited to Delhi but expanded to the entire Indo-Gangetic plain.

That, however, does not mean that states are not making an effort to prevent crop fires, he said. “We cannot say that we are not…