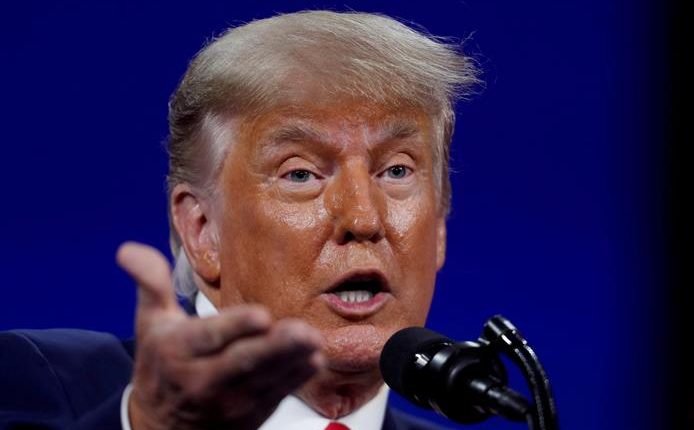 Donald Trump lost the 2020 presidential election to Joe Biden in Arizona’s most populous county, a review of results by his allies in the Republican Party has reaffirmed, capping a widely panned effort spurred by Trump’s false claims of voter fraud.

“Truth is truth, numbers are numbers,” Fann said at a Senate hearing on the review, which found only small variations, yielding 99 additional votes for Biden and 261 fewer votes for Trump. “Those numbers were close, within a few hundred.” The conclusion will dismay Trump supporters who had pushed for the review, many in the expectation that it would prove his unfounded assertions that he was robbed of re-election due to orchestrated fraud. So far no such proof has been produced either by Trump or his backers.

Outside groups tied to the “Stop the Steal” movement and other efforts to cast doubt on the 2020 results raised nearly all of the $6 million to fund the inquiry, viewing it as a catalyst for similar investigations in Pennsylvania, Michigan and other battleground states that Trump lost.

In Texas on Thursday, the secretary of state’s office said the state had begun an audit of the presidential election in its four largest counties – Dallas, Harris, Tarrant and Collin – an announcement that came hours after Trump publicly called for such a move. Although Trump carried Texas, Biden won three of the targeted counties.

Trump, who had predicted the Arizona inquiry would substantiate his claims, issued a statement that appeared at odds with the review’s findings, calling it “a big win for democracy and a big win for us.”

Ben Ginsberg, a longtime Republican election lawyer who represented Republican George W. Bush when he prevailed over Democrat Al Gore in a 2000 electoral dispute, called the review’s conclusions a “huge defeat” for Trump.

“This was Donald Trump’s best chance to prove his cases of elections being rigged and fraudulent and they failed,” Ginsberg said on a media call organized by the States United Democracy Center, a nonpartisan policy group.

In Arizona, Biden won by just over 10,000 votes, a narrow win confirmed by a hand recount and multiple post-election tests for accuracy. Biden carried Maricopa, which includes Phoenix, by about 45,000 votes, making it critical to his defeat of Trump.

The Arizona inquiry is part of a larger effort by Republicans to undermine faith in the 2020 election and gain more control over the voting process. So far this year, at least 18 Republican-led states have passed legislation curbing ballot access, moves they say are needed to ensure election integrity.

Democrats say such laws are aimed at gaming the system since Republicans tend to do better in low-turnout elections.

Fann said the state Senate was working on legislation to achieve an “unimpeachable electoral process”, based on alleged issues found in the review. She called for improvements to the signature verification process for absentee ballots, to the maintenance of voter rolls and to cybersecurity, even though no evidence has emerged that the state’s systems were breached.

Democratic leaders said they were worried Republicans would use the review as a pretext to enact laws suppressing the vote.

Arizona’s top elected official Katie Hobbs, a Democrat, in a statement denounced the review as “a political stunt that created massive security risks, cost millions of dollars, and has shaken faith in free and fair elections.” A wide array of election experts, Democrats and some Republican officials had long rejected the Arizona audit as a highly partisan boondoggle run by contractors without relevant expertise. The lead contractor was an obscure company, Cyber Ninjas, whose chief executive has promoted conspiracy theories about orchestrated fraud in the election.

The audit was marked by practices that critics described as ranging from inappropriate to bizarre, including counters marking ballots with blue ink, which can alter how they are read by machines, and workers checking for traces of bamboo fibers based on a conspiracy theory that forged ballots may have been shipped in from Asia.

While finding the overall vote tallies largely matched up, the report highlighted a series of alleged problems, including 10,342 potential voters who voted in different counties, which Cyber Ninjas termed a “critical finding.” As part of a point-by-point rebuttal on Twitter, Maricopa County called that claim “laughable”, suggesting those conducting the review may have failed to account for people with matching names and birth years in different counties, a not uncommon occurrence in a state of more than 7 million people.

Fann said she had passed along the review’s findings to Arizona Attorney General Mark Brnovich, who said his election integrity unit would look at the evidence.

“Arizonans deserve to have their votes accurately counted and protected,” Brnovich said. Reuters

Bill, Hillary Clinton cast votes for Biden, Harris in US…