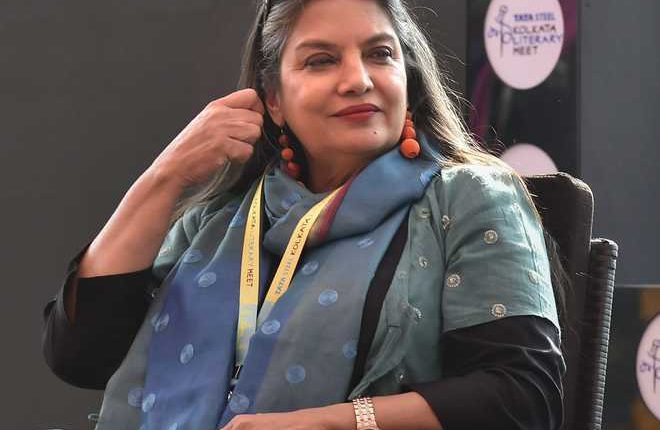 Actor Shabana Azmi said on Saturday that celebrities in the film world face “strong repercussions” if they question the establishment and this deters them from coming forward to speak out on issues.

Asserting that everyone has the right to dissent, she said people “who are coming out of their comfort zone to say something should get protection”.

Participating in a virtual session on ‘Celebrities amp; Stardom: The Good, the Bad amp; the Ugly’ at the Indian Student Parliament, Azmi said art should be used as a medium to bring change.

“If you raise questions to the establishment, you face such strong repercussions that ‘we will ban your film, will not let your film get released’… law of the land must provide that all human beings everybody has a right to dissent.

“You can disagree but this does not mean you shut my pictures because then you are not just affecting me but also a producer and a poor spot boy. You can’t pollute the entire atmosphere,” she said.

“It is very important for our country to make sure the rule of law is strengthened because people who are coming out of their comfort zone to say something should get protection. That is why at times celebrities at times don’t come forward,” she said.

Actress Nandita Das said there are so many unsung heroes who are not well known but the impact they have is much more than those in public space.

“Whatever influence we have, we should use it for the betterment of others. We should expand the definition of celebrity to include those who are doing something truly to be celebrated.

“Art is a reflection of reality and truth. There have been films made that make us think with their social message. Cinema is a means of entertainment but also a means of engagement,” she said. — PTI

World powers have to show flexibility in n-deal: Iran

US urges Turkey to do more in fight against IS