Rohit Shetty, Sidharth Malhotra’s Cop-Project To Not Be A Part Of Cop-Franchise? Vicky Kaushal & Tiger Shroff In The Race To Lead As Well 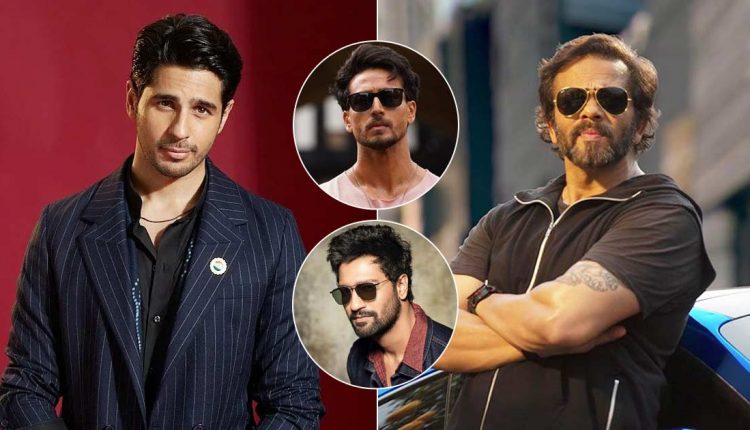 Rohit Shetty is the master of action and comedy. While his Golmaal franchise can tickle your bones, his cop dramas, while keeping you on the edge with their story, are full of action. After Ajay Devgn’s Singham & Singham, Ranveer Singh’s Simmba and the soon to release Sooryavanshi with Akshay Kumar, we now hear Rohit is planning something new in his cop universe.

While a couple of reports stated that Rohit may be collaborating with Sidharth Malhotra for a cop drama film soon, the latest reports claim the director is planning of making a cop drama series and not a film. The report also states that this eight-episode web series may see either Vicky Kaushal, Sidharth or Tiger Shroff in the lead as they are the top contenders at the moment. Read on to know all about it.

As per a mid-day report, Rohit Shetty is almost done with the production of the Ranveer Singh-led Cirkus and is ready to introduce his fans to another cop drama. While Vicky, Sidharth and Tiger are in talks for the role, the web series for Amazon Prime Video will be helmed by RS’s assistant director Sushwanth Prakash. Prakash is the son of National Award-winning choreographers Rekha and Chinni Prakash. He previously directed the short film, CopyCat (2015).

The report on the site revealed that Rohit Shetty has apparently already initiated talks with Vicky Kaushal, Sidharth Malhotra and Tiger Shroff for the series. Stating that the team will zero in on the leading man in the coming weeks, the publication noted, “They are Rohit’s top choices for the role as the material demands an actor who is adept at action. If all goes well, the actioner will roll by December. Though it marks Rohit’s foray into the OTT world, he is not in a rush to announce it and will probably do so only after the release date of Sooryavanshi is finalised.”

Now that’s some amazing news! We know fans of the director are eager to hear an official announcement of the same soon.

On the work front, Rohit Shetty is all set to the grand finale of Khatron Ke Khiladi 11 this weekend on Colors. He is also awaiting the release of Sooryavanshi – starring Akshay Kumar and Katrina Kaif in the lead. The film has been ready for release since 2020 but has been repeatedly delayed owing to the COVID 19 pandemic. Rohit is also directing Cirkus with Ranveer Singh, Pooja Hegde and Jacqueline Fernandez.

The post Rohit Shetty, Sidharth Malhotra’s Cop-Project To Not Be A Part Of Cop-Franchise? Vicky Kaushal & Tiger Shroff In The Race To Lead As Well appeared first on Koimoi.

Chhattisgarh: 17-year-old raped in government-aided centre for children in Jashpur