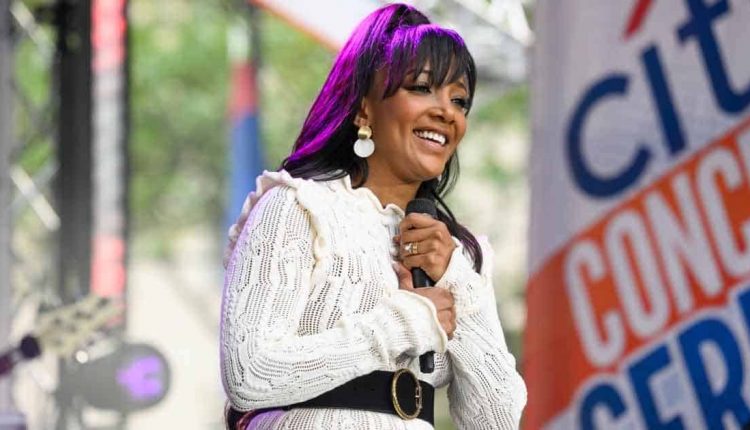 Caption: Mickey Guyton To Be Awarded ‘Breakout Artist Of The Year’ At The CMT Artists Of The Year Awards (Photo Credit: Facebook)

Singer-songwriter Mickey Guyton will receive a special ‘Breakout Artist of the Year’ award as part of the CMT Artists of the Year to be telecast live on October 13, reports Variety.com.

The only times the network has given out the plaudit previously is when the title was bestowed on Chris Stapleton in 2015, Kelsea Ballerini in 2016 and Ashley McBryde two years ago, all seals of early-in-the-game approval that have aged well.

Guyton‘s full-length debut album ‘Remember Her Name’ isn’t coming out till this Friday, Guyton has been issuing singles and EPs to considerable acclaim and media attention for more than six years – as the network well knows, having premiered her first music video ‘Better Than You Left Me’ in January 2015.

One of Guyton’s champions at the network is Leslie Fram, senior VP of music and talent, who was instrumental in naming the singer to CMT’s Next Women of Country class of 2014, before her first major-label single came out. When Fram was honoured by the Innovation in Music Awards in 2017, she turned over her acceptance speech time to bringing Guyton on stage to expose her to the assembled – at which time Guyton sang Coldplay’s ‘Yellow’, in honour of Fram’s alternative-rock radio roots.

“After relentlessly chasing her dreams in country music for years, her perseverance, tenacity and spirit have culminated in this spectacular moment of recognition where she’s finally receiving the credit she deserves,” said Fram.

Guyton recently became the first black female solo artist in history to pick up a country Grammy nomination, for her single ‘Black Like Me’, which she sang on the Grammy telecast earlier this year. She’s currently up for new artiste of the year at the CMA Awards, coming in November.

At CMT, Guyton was a major player on this summer’s CMT Video Music Awards, performing twice and presenting Linda Martell, a pioneer black female country artist, with a lifetime achievement award. She also co-hosted the most recent Academy of Country Music Awards with Keith Urban.

The post Mickey Guyton To Receive A Special ‘Breakout Artist Of The Year’ Award At The CMT Artists Of The Year appeared first on Koimoi.