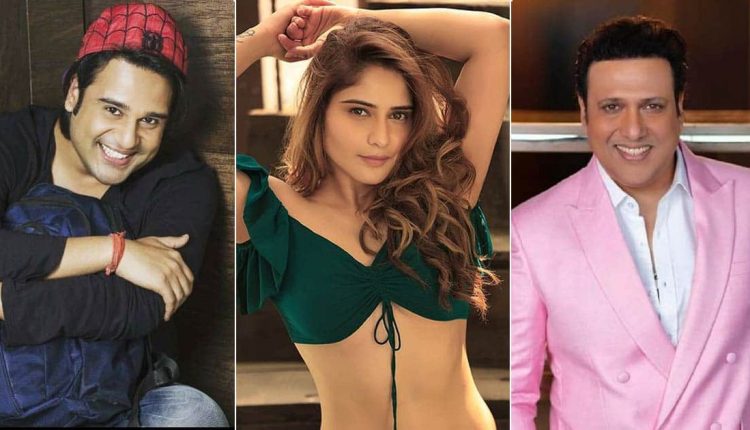 A while ago, Govinda along with his wife Sunita Ahuja appeared on The Kapil Sharma Show and ever since then, rumours of his long going tiff with nephew Krushna Abhishek are doing the rounds on social media. Now, in a new interview, Krushna’s sister and actress Arti Singh has revealed that her uncle and his family doesn’t speak to her either because of the ongoing tiff with his elder brother. Scroll below to read the scoop.

Reportedly uncle Chi Chi has cut all contacts with Arti too after the cold war between ‘Mama-bhanja’ began.

In a conversation with Indian Express, Arti Singh spoke about his uncle Govinda’s ongoing tiff with her brother Krushna Abhishek and said, “There’s a saying that gehun ke sath ghoon bhi pees jata hai (It’s a by-product of their fight). Whatever issue that happened between them, I, too, have to face the consequence. Chi Chi mama and his family doesn’t speak to me anymore.” She added, “Both parties have said somethings to each other. However, at the end of the day, we are family. I can only hope that the animosity is resolved soon and we can get back to the good times. I did speak to Krushna about it, and now it’s on mama to forgive him.”

Bigg Boss 15: Salman Khan Feels His Longest Lasting Relationship Has been With This Show
Raqesh Bapat Opens Up On His Divorce With Ex-Wife Ridhi Dogra: “There Is A Lot Of Guilt…”

Both Krushna Abhishek and Govinda haven’t been on talking terms since 2016. A while ago, the actor’s wife Sunita Ahuja spoke about patching things up in an interview with ETimes and said, “Woh kabhi nahi hoga (It will never happen). Three years ago, I had said that things could not be resolved till I am alive. You can’t misbehave, insult or take liberties in the name of family… We have raised them and are not living off them…All I can say is that the issues will never get resolved and I don’t want to see his face ever again in my life.”

Krushna on the other hand also refused to be a part of The Kapil Sharma Show episode when his mama and maami graced the show.

What are your thoughts on Arti Singh’s statement on uncle Govinda and brother Krushna Abhishek? Tell us in the comments below.

Must Read: Kamya Panjabi Reveals She Was In Depression When ‘Shakti’ Was Offered: “Karan Patel Got Married In 2015…”

World Cup win will be revolutionary for Indian women’s…