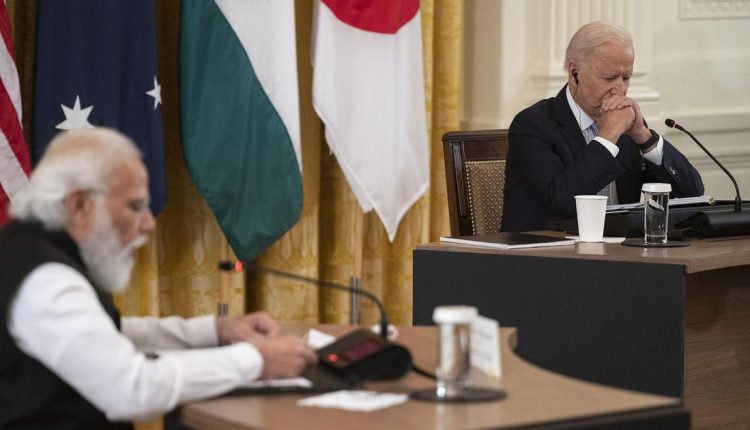 India and the United States on Saturday called for bringing the perpetrators of the 2008 terrorist attack in Mumbai to justice.

The Lashkar-e-Taiba had carried out the terror attack in Mumbai on November 26, 2008, killing 166 people, which included six US citizens. The terror outfit’s co-founder, Hafiz Saeed, is a United Nations-designated terrorist. He is currently lodged in a high-security jail in Lahore.

On Saturday, a joint statement issued after a bilateral meeting between Prime Minister Narendra Modi and US President Joe Biden said the two countries will take concerted action against all terror groups, including those proscribed by the United Nations.

They censured any use of terrorist proxies and highlighted the importance of denying any “logistical, financial or military support to terrorist groups”.

The leaders also said that they looked forward to developing counter-terrorism technologies.

Modi and Biden also stressed on the importance of Taliban’s adherence to United Nations Security Council’s Resolution 2593, which says that Afghan territory must never be used for terrorist activities.

“In this context, President…

5 people shot in the Near West Side neighborhood