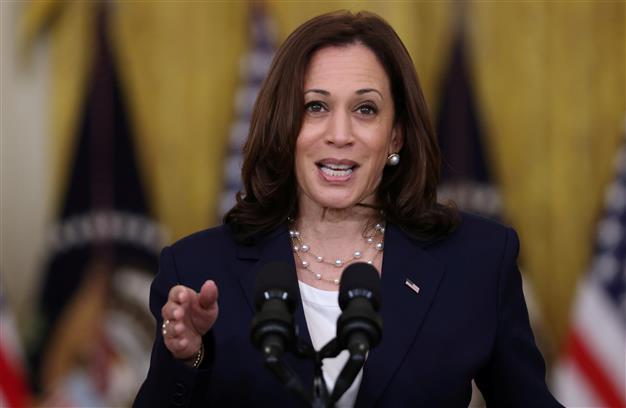 As democracies around the world are under threat, “it is imperative that we defend democratic principles and institutions within our respective countries,” US Vice-President Kamala Harris told Prime Minister Narendra Modi during their 15-minute meeting at the White House on Thursday.

Apart from the mild observation which was advanced while invoking Harris’ familial ties with India, both leaders had warm words for each other as they first talked alone in the colonnaded corridors of the White House and later across the table and flanked by senior officials. Photos of their private conversation indicated an earnest desire to engage as they were both pictured trying to explain things.

In public, but for Harris’ brief words on the need to preserve democratic institutions, both leaders had warm words on cooperation during the pandemic. PM Modi thanked Harris for offering a “sense of kinship” in a phone call during India’s deadly second wave in April-May. Harris reciprocated by calling India a vital source of vaccines for other countries early in the pandemic and welcomed India’s announcement to soon resume vaccine exports. PM Modi invited Harris to visit his country, calling her a “source of inspiration for so many people across the world”.

Spy chiefs of all four Quad nations were in the US on the eve of the summit of their leaders at the White House. The presence of DG of Australia’s Office of National Intelligence Andrew Shearer, India’s NSA Ajit Doval, CIA chief Bill Burns and Japanese Cabinet Intelligence and Research Office chief Hiroaki Takizawa suggests that the primacy of the Quad as a security grouping will remain though US officials have sought to give it an economic orientation during their briefings.

‘Freaky Ali’ trailer out, does a…

No major report of discordant results reported by Covid-19…

Bengal to get award for record coarse cereals production