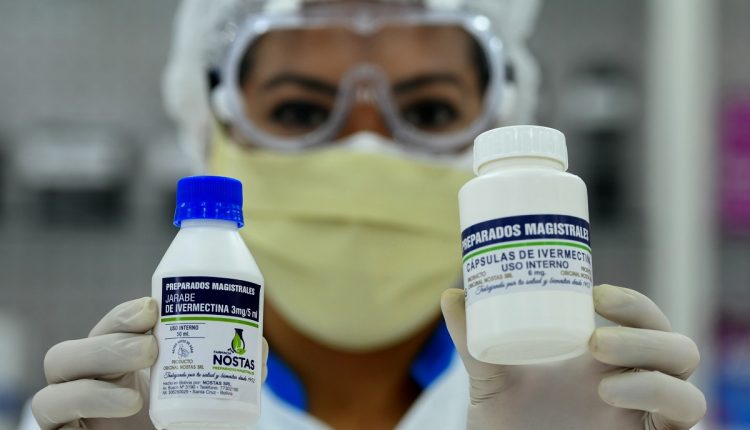 Studies that have claimed that invermectin can treat COVID-19 have data that falls apart on ‘basic scrutiny’, according to a group of scientists.
The antiparasitic drug has become a source of conspiracy theories. Some believe that ivermectin has been kept away from customers at the behest of Big Pharma.

The scientists also critique the meta-analysis process through which researchers summarise evidence on a relevant topic.

New Delhi: Clinical trials that found the antiparasitic drug ivermectin could be used to treat or prevent COVID-19 were fraught with fundamental issues even under “very basic numerical scrutiny”, a group of scientists have written.

Ivermectin has emerged as a controversial ‘treatment’ for COVID-19 in many countries, including in India, even as its benefits against the viral disease have not been invisible. Other drugs, such as hydroxychloroquine and remdesivir, have also been touted as possible treatments for COVID-19, but ivermectin has been the more notorious, with some supporters falsely claiming it has been sidelined only because of Big Pharma’s lobbying efforts.

While the World Health Organisation (WHO) and Merck, the pharmaceutical company that manufactures ivermectin, have repeatedly said there is no evidence to show that ivermectin can prevent or cure COVID-19, conspiracy theorists have claimed that pharma companies are blocking ivermectin’s entry into the market so that vaccines remain profitable.

In their article, published by Nature Medicine on September 22, the scientists pointed out the faults with clinical trials of ivermectin and critiqued the meta-analyses (studies of studies).

The scientists say the meta-analysis process “has been fraught, and has demonstrated the inherent risks in current approaches and accepted standards of quantitative evidence synthesis when dealing with high volumes of recent, often unpublished trial data of variable quality”.

These scientists – who are from the UK, the US, Australia and Sweden – had recently published a preprint paper that described the flaws in a randomised trial of ivermectin in Egypt. That paper was published amid allegations of plagiarism and suspect data. After the scientists pointed out “several irregularities in the data that could not be consistent with them being experimentally derived”, it was pulled from the preprint server on which it was hosted.

The scientists had also raised concerns about another trial in Iran, which, according to Gizmodo, found that ivermectin reduced mortality among hospitalised patients. This study may have failed to “properly randomize participants to the treatment and control groups, an important step for obtaining valid results,” the website reported.

The Egyptian study played a major role in two meta-analyses to claim that ivermectin had a net benefit of reducing mortality. The authors of one of these meta-analyses have since withdrawn it, stating that they will re-analyse and republish it without including either the Egyptian or Iranian studies.

The scientists wrote in their article, “As these two papers were the only studies included in that meta-analysis to demonstrate an independently significant reduction in mortality, the revision will probably show no mortality benefit for ivermectin.”

There are several other studies that claim a clinical benefit for ivermectin that are similarly fraught, the scientists say, adding that they contain “impossible numbers in their results, unexplainable mismatches between trial registry updates and published patient demographics, purported timelines that are not consistent with the veracity of the data collection, and substantial methodological weaknesses”. The scientists expect further studies which support ivermectin to be withdrawn over the coming months.

They also said studies that supported ivermectin have done real-world damage. In the US, a patient died of ivermectin toxicity.

“Relying on low-quality or questionable studies in the current global climate presents severe and immediate harms. The enormous impact of COVID-19 and the consequent urgent need to demonstrate the clinical efficacy of new therapeutic options provides fertile ground for even poorly evidenced claims of efficacy to be amplified, both in the scientific literature and on social media. This context can lead to the rapid translation of almost any apparently favourable conclusion from a relatively weak trial or set of trials into widespread clinical practice and public policy.”

Gizmodo said that scientists and journals are “especially vulnerable to fraud” because of the basic assumption that everyone is making a good faith effort to conduct science ethically. “Without rigorous checks and balances, even studies so flimsy that they fall apart with a brief glance can get media attention or be published,” the website said.

The scientists say this situation requires immediate remediation, advocating for a change in the way primary researchers and meta-analysts draw wider conclusions. “Specifically, we propose that clinical research should be seen as a contribution of data toward a larger omnibus question rather than an assemblage of summary statistics. Most, if not all, of the flaws described above would have been immediately detected if meta-analyses were performed on an individual patient data basis,” they say.

“Any study for which authors are not able or not willing to provide suitably anonymized IPD should be considered at high risk of bias for incomplete reporting and/or excluded entirely from meta-syntheses,” they say.

The article says that the scientists recognise that their suggestions will change a long-accepted practice and will require the process to be “substantially more rigorous”, but believed that the case of ivermectin justifies their proposal. Poorly scrutinised evidence has supported the administration of millions of doses of a potentially ineffective drug globally and the research has created “undue confidence” in the use of ivermectin as a prophylactic or treatment for COVID-19. This has also “usurped other research agendas, and probably resulted in inappropriate treatment or substandard care of patients”, they said.

The consequent potential for patient harm on a global scale demands nothing less than calling for change to nearly universally accepted practice over many decades, the scientists stated.