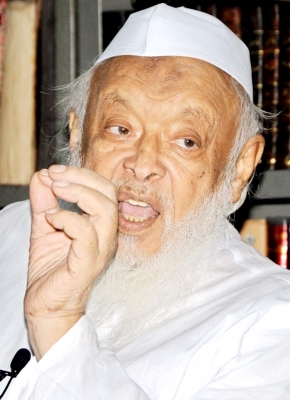 Madani says he thinks the Taliban’s seizure of power in Afghanistan was a positive development because the Islamist movement liberated the country from foreign occupation, RFE/RL reported.

Madani says he supports the Taliban’s attempts to segregate men and women, the report said.

“They are requiring people to observe the Islamic requirement of hijab,” he said, referring to the Arabic word for veil, which denotes the Islamic concept that members of the opposite sexes should not mix if they are not related.

“Allah created women’s bodies differently from men,” he says. “They must dress in a such a way that does not create ‘fitnah’,” or temptation, the report said.

Madani is adamant that his school has no current connection to the Taliban as none of its leaders was educated in his India-based seminary.

But he says the Taliban has some historical ties to the Deoband Movement, whose leaders were staunchly anti-British and established an exiled Indian government in the second decade of the 20th century, the report said.

Deobandis are a prominent strain among Islamists in modern-day Pakistan and Afghanistan.

Madani cites the example of India, where scores of universities and thousands or colleges are attended only by women.

“If it can happen in our country, what is so wrong with the Afghan government wanting to do the same?” he asked.

“If the Afghan government can enforce (segregated education), it will mean the door to education for girls has opened.”