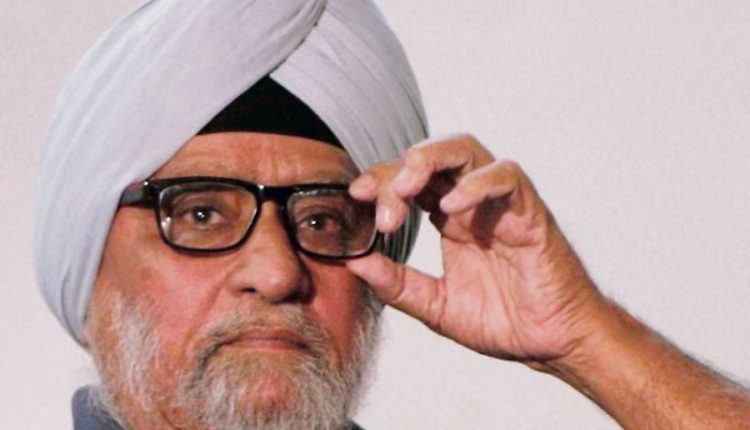 Bishan and I were born five years apart. He was an original Amritsari, I a transplant from Rawalpindi on account of the bloody 1947 Partition. We both went to Saint Francis Convent School, Hindu College, had the same mentor, played the Ranji Trophy for North Punjab, worked for the State Bank of India, our fathers knew each other, and we have clung to each other as intellectual soulmates for more than 60 years. We used to wear crooked turbans with sweat oozing from our beards down to our necks in Punjab’s summer.

Bishan Singh Bedi with the writer in Delhi.

The similarities end here. Bishan turned out to be a genius at cricket and will adorn the many halls of fame of cricket. I ended up a damp squib of cricket.

Bishan’s father and coach/mentor were both named Gyan. He was completely addicted to them and ascribes his success in life to them. He spent hours sitting at their feet, seeking wisdom to navigate life and reach the pinnacle of whatever he did. I on the other hand was a mule-headed boy who refused to listen to anyone and wanted to chart my own way.

For Bishan, life was hard work, sweat and tears, strategy and courage. Practise and laser focus on the task on hand was one of his key strategies in life. He learnt applications of his gurus’ lessons, very early in life.

Having fun and big laughs are Bishan’s trademark. He is a storyteller like none other. Once I was visiting him and looking for a quiet meeting to talk about Kesar Da Dhaba and Gian di Lassi and our old friends, living and dead. He turned the occasion into a rowdy bash with 25 people at the Delhi Golf Club. He was always a voracious eater and loved a great drink. He, unlike many of us, knew how to suck the elixir of life from wherever available. He was a bee hovering over beautiful flowers. After his first trip to England to play county cricket, he brought a Volkswagen Beetle car. He gave me a ride and his maniacal weaving through traffic in Lajpat Nagar took my breath away. I was wary of riding with him again.

Bishan is a man of strong likes and dislikes. He loves to speak his mind, never mind the choice of words. He also has the unique courage of translating his words into action. When John Lever used Vaseline on the ball, he called him out. When he thought that his team was being intimidated, he walked out of the match. He always has some choice words for those who did injustice to him or anyone around him. He hated the chuckers from the get-go. In a Ranji match some 50 years back, I was frustrated by the lifeless pitch. I chucked a ball. Bishan never forgot that ball. He reminded me that I chucked when I met him 40 years later. He could in many cases call a spade a sledgehammer.

Bishan loves literature, quotes Sikh scriptures for every action, and listens to kirtan, classical and Indian folk music. Nusrat Fateh Ali Khan is one of his favourites.

On a personal note, I may be the only person in the world who was accused of colluding with Bishan. I had graduated and went to DAV College and was their captain. Bishan was leading my former college, Hindu College. Bishan was the last man batting. I was bowling. He drove right into my hands, and I dropped the catch. Hindu College won. The story that I colluded with Bishan still lives.

Bishan has made the world a more liveable place.