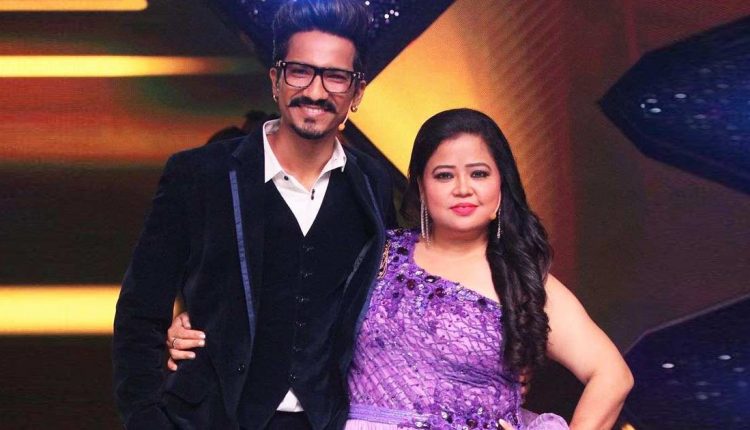 Last year in November, the Narcotics Control Burea raided comedian Bharti Singh and her husband Haarsh Limbachiyaa’s Andheri residence in Mumbai and found cannabis. Later, the couple got bail and were released soon after a security deposit worth Rs 15,000. Reportedly, the NCB isn’t happy with this and called it a ‘dangerous signal in society’ after a session of court. Scroll below to read the scoop.

Both Bharti and Haarsh enjoys a massive fan following on social media and are one of the most loved couples on television.

According to reports, NCB told the session court on Bharti Singh and Haarsh Limbachiyaa’s bail that it gives out a wrong message to the people that ‘high profile offenders can be spared easily’ as reported by TOI.

Bigg Boss 15: Salman Khan Feels His Longest Lasting Relationship Has been With This Show

Kamya Panjabi Reveals She Was In Depression When ‘Shakti’ Was Offered: “Karan Patel Got Married In 2015…”

It further stated that the court had set a “dangerous signal in society that high profile offenders can be spared easily at the cost of divine establishment principles, without hearing the prosecution side”.

Both Bharti Singh and her husband Haarsh Limbachiyaa were arrested last year in November and NCB seized 86.50 gms of marijuana from their Andheri residence in Mumbai. The couple reportedly accepted that they consumed cannabis and were released on bail after depositing a sum of Rs 15,000.

Last year when Bharti and Haarsh were arrested, NCB issued a press statement on the same that read, “In the follow-up and in corroboration with previous inputs in the (FIR no 16) the NCB raided two other places on Saturday including production office and comedian Bharti Singh’s residence and from both the places 86.5 gms of ganja was recovered. Both Bharti Singh and her husband, Harsh Limbachiya accepted the consumption of Ganja. Bharti Singh has been placed under arrest under the provisions of NDPS Act 1986 and examination of Harsh Limbachiyaa involvement is underway.”

What are your thoughts on the NCB’s statement on Bharti Singh and Haarsh Limbachiyaa’s bail in drug consumption? Tell us in the comments below.

Israeli PM Netanyahu condemns ‘incitement from any side’…